A bus driver who left Phuket to return to his home city of Trang was left feeling a little, well, uneasy when he realised he would be sharing his government quarantine facilities with a coffin. Were the authorities just ‘planning ahead’? Or just a ‘whoops’ moment?

The man had left Phuket as part of the exodus of some 50,000 people who headed back to their home provinces after realising there would be no work on the holiday island in the short to medium term.

Khaosod English reports that 27 year old Rittichai On-chart was quarantined at the Wat Phra Puttakosi temple, currently being used by authorities to quarantine arrivals from Phuket in the southern province. When he realised there was a coffin in his room, he took to social media to post photos (as you do), which were widely shared by netizens. 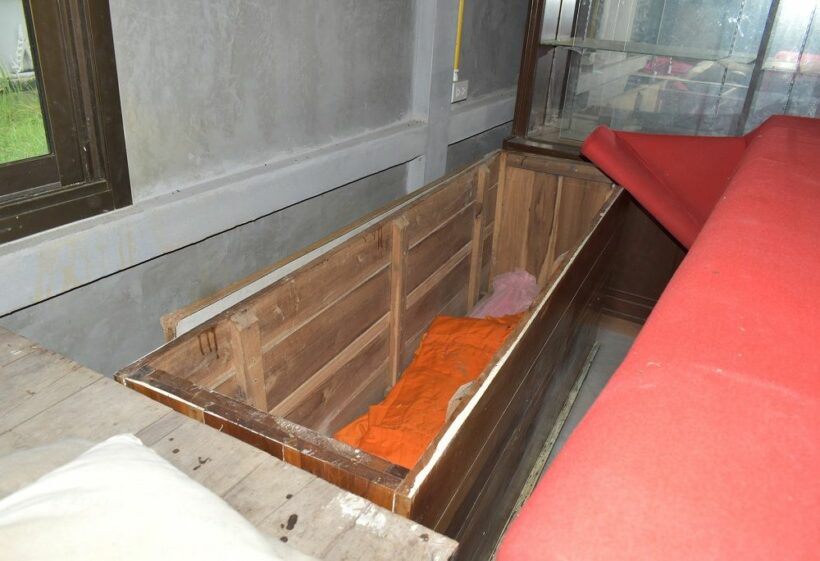 Officials say the monks have always kept the coffin in that room as there is no space elsewhere in the temple, with local administrator Sittichai Chankrong saying anyone housed in the room should not read anything sinister into it. However, after the story took off on social media, officials released Rittichai early, allowing him to self-isolate at home instead.

It’s understood the coffin has now been moved into a far corner of the room and covered with a sheet to avoid worrying any more arrivals from Phuket.

NOTE: If you have to be quarantined at a temple in Trang just have a look under sheet in the corner of the room!