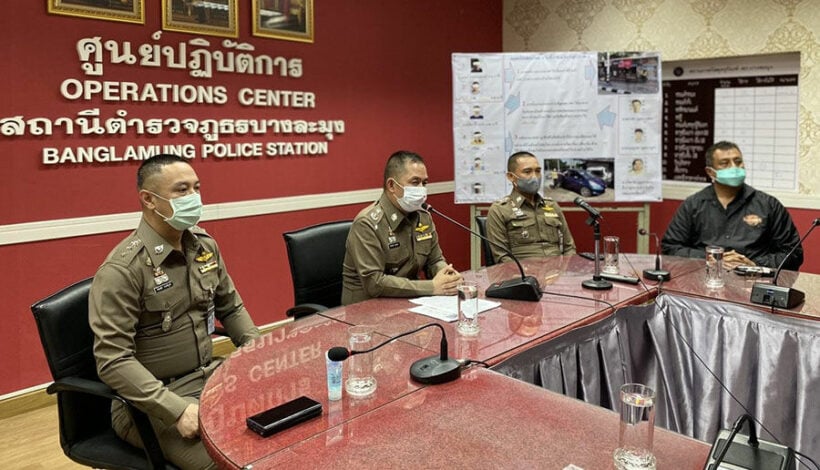 Six curfew-breakers have been arrested for allegedly attacking a Pattaya shop owner and his family, as well as damage to their business and car, on Saturday night. The shop owner had refused to sell the perpetrators alcohol as it was after the curfew, with a further ban on alcohol sales after 6pm in Chon Buri province.

The Pattaya News reports that 6 Thai men are now in custody following the assault on Saturday night. They range in age from 14 – 33, and include 27 year old Tae Narktongin, along with Piya Nakam and Yuttana Kleabbua, both 33 years old. The identity of the other alleged attackers is being withheld as it is understood they are all under 18.

All six are accused of attacking Somkit Pumonna and his family after he refused to sell them alcohol, telling them they should go home as they were in violation of the national curfew. It’s understood his shop was closed at the time but as it is also the man’s home. He was on the premises with his wife, daughter and 2 grandchildren, when Tae and one of the younger boys arrived and asked to buy alcohol.

Reports say an argument broke out between the men and the shop owner, but from there on, there appears to be two sides to the story. Tae and the young boy claim the shop owner attacked first, saying he pulled a knife on Tae. The shop-keeper denies this, saying Tae and the young boy left, returning a short time later with 4 accomplices. He says they then proceeded to smash up his shop and car, with the family forced to spend the night elsewhere.

Police have launched an investigation and are reviewing CCTV footage of the incident in order to get at the truth. They say wounds on one of the suspect’s arms would indicate injury of some kind but can’t say at this time that he was attacked first as claimed.

All six face charges of violating the national curfew, which carries a penalty of up to 2 years’ imprisonment and/or a fine of up to 100,000 baht. They may face additional charges, pending the outcome of the police investigation.

Posted by ข่าวด่วนก่อนใคร on Sunday, December 9, 2018