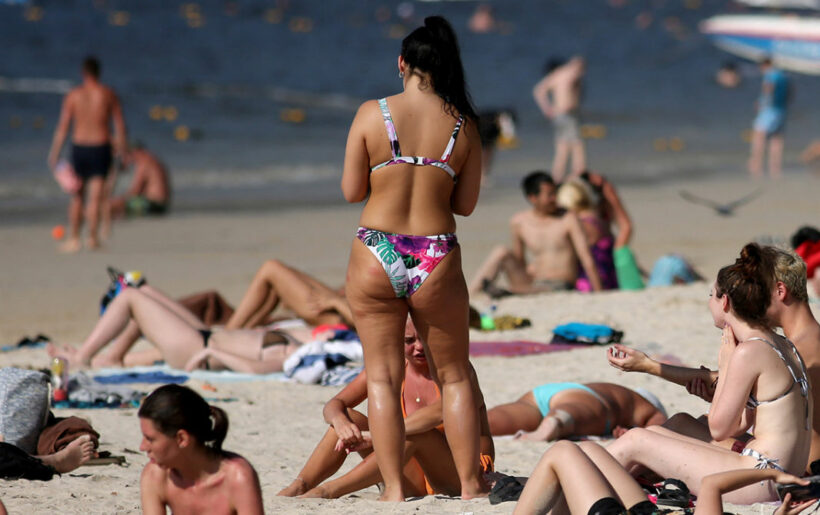 PHOTO: The beaches are far from empty but Chinese are few and far between - The Nation

The 2019-nCoV coronavirus, the official name for the Wuhan or Novel Corononavirus, is resulting in dozens of high-season flights to Thai southern beach resorts being cancelled. The virus is already deemed an international public health emergency by the World Health Organisation.

“While Patong survived and thrived after SARS, the tsunami and a few army coups, this virus is stripping our hotels and the beach resort of tourists in a way we’ve never seen before. Whether it’s an over-reaction or real, the Chinese are almost gone and plenty of other tourists from around the world are cancelling. We are planning for the effects of this downturn to last for up to a year and we will see many smaller resorts go out of business.”

The quote from a well-known four-star resort GM, who asked not to be identified, is a stark reality for the seaside city resort badly hit by both real cancellations of flights onto the island, and an initial reaction from tourists who are simply cancelling or postponing their holidays to Phuket.

Surveying the scene on Phuket’s Patong Beach this week, The Nation was able to count tourists, “mainly from Europe and Russia, South Korea and Japan, sunbathing, swimming and tossing around frisbees”. There are also Chinese tourists still to be found on Phuket as well, many booking cruises around the Andaman Sea. Some of the Chinese spoken to during the week say they have been here since before the virus situation started to bite, other say they are extending their holidays whilst the situation evolves for fellow Chinese stuck in mainland China.

Whilst Phuket is far from deserted, let’s not over-dramatise the situation, the amount of tourists moving around the island, and anecdotal evidence from hoteliers and tourism operators, suggests that the island is seeing a large drop in the numbers it would have expected at this time of the year.

“Looking at data from Wednesday, January 29, international passenger arrivals at Phuket airport dropped 32.95% compared to the same date in 2019. For the previous day, Tuesday the 28th, the shortfall was 29.80%.”

The Thaiger, visiting Phuket International Airport yesterday (Saturday) can report that the usually bustling terminal was palpably quiet with flimsy paper face masks adorning the faces of many arriving or departing passengers.

“Taking a broader look at Bangkok’s numbers for Suvarnabhumi Airport on January 29, overseas arrivals declined by 14.92%. Don Mueang, which is more regional focused, stepped back a whopping 32.63%.”

“Statistically, the hardest hit Thai airport is Chiang Mai, which experienced 48.89% loss of international arrivals on Wednesday (year-on-year) and is indicative of the destination’s reliance on inbound Chinese.”

Bill Barnett also noted that the past few weeks should have been the busiest time of the year for Chinese arrivals in Phuket.

“It’s important to know the year-on-year comparison actually does not tell the full story. In 2019 Chinese New Year was in February so last year’s numbers when compared to 2020 are not apple to apple given the annual holiday turbocharger occurred in January this year. Hence the CNY impact in January in the data above, if we consider the absence of the holiday boost, is even more profound than the percentages shown here.”