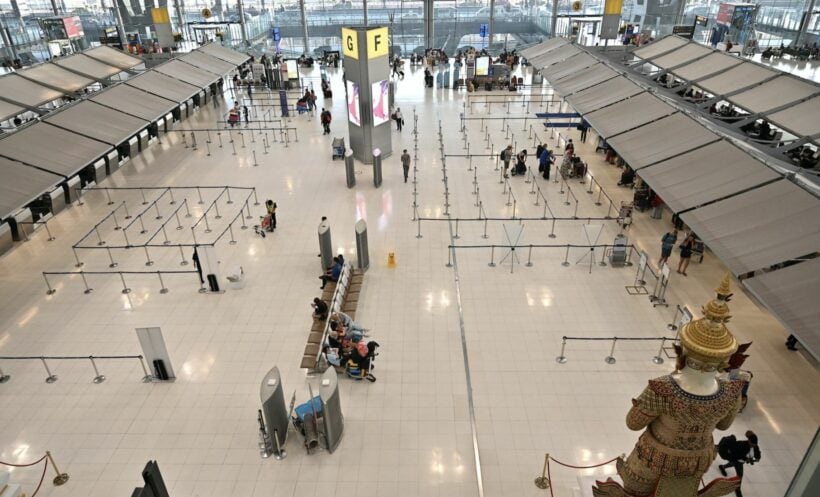 “…keeping the economy functioning is of secondary importance.”

5 move groups are expected to be allowed into Thailand as the Centre for Covid-19 Situation Administration rolls out Phase 6 of the -reopenings’ this week. The groups would include migrant workers and some foreigners. A meeting was held yesterday where the next phase of reopening Thailand was discussed which will be considered by the CCSA later this week.

Dr. Taweesilp Visanuyothin says that Phase 6 would allow migrant construction workers and those working in the food export industry, foreign visitors who are involved in trade exhibitions, foreigner involved in film production and travellers who are members of the Thailand Elite Card scheme.

He went on to insist that the government is still putting public health and safety at the top of the list, while “keeping the economy functioning is of secondary importance”.

“Checks by officials have found that operators of businesses that are in the “red” or high-risk category and which have been allowed to reopen have cooperated and complied with disease control guidelines.”

About the current emergency decree, which is set to end on July 31, Dr. Taweesilp said the CCSA is evaluating “every angle of the situation” based on information on national security, public health and the economic impacts. Dr. Taweesilp denies a bizarre social media claim that the government is allowing infected people from abroad, including Thai returnees and foreigners, to enter the country “for a reason to deter anti-government protests”.

“The Mam Pho Dam Facebook page has spread a rumour that “a plot is under way to import infected people” to trigger a second small wave of infections and extend the emergency decree to prevent student protests,” he said according to the Bangkok Post.

Cherdkiat Atthakor, a spokesperson for the Thai foreign ministry, says they’ve been informed by the Thai embassy in Russia that 102 Thai labourers based in Uzbekistan want to return to Thailand, were tested and clear to fly.

Last Friday, 1,374 more people were tested in Rayong. 1,369 have already returned negative results while the test results of another 5 are still pending. Thai media and social media went into meltdown over the occurrence of an Egyptian soldier who had been allowed to wander around Rayong shopping centres for a few hours, on a stay-over between China and his return to Egypt. Hotels reported that 95% of their booking were cancelled over the last weekend because of the fallout from the media and community reaction.

Overall, more than 5,000 people in Rayong have tested negative as the government swooped into the area to contain the situation and quell people’s fears that the Russian may have infected others during his stay. PM Prayut Chan-o-cha even scheduled a visit to the province to help allay fears.

Back in Bangkok, a total of 364 people at the One X condominium building have tested negative for Covid-19 after a diplomat’s daughter was admitted to hospital after returning a positive Covid-19 test.

Meanwhile, Suan Dusit Poll, the country’s biggest polling company, says that 94.5% of Thais want to continue to bar foreigners from re-entering the country to prevent a potential second wave of the coronavirus. Asked “how they felt after hearing about the two cases”, 52.2% of the survey respondents say they were “very worried”, 39.7% “fairly worried”, and 6.6% “slightly worried”.

According to the Suan Dusit poll, a large majority, 73.8% believe there’s a high chance Thailand would announce a second lockdown.

“It will take several years for tourism numbers to recover” – BoT