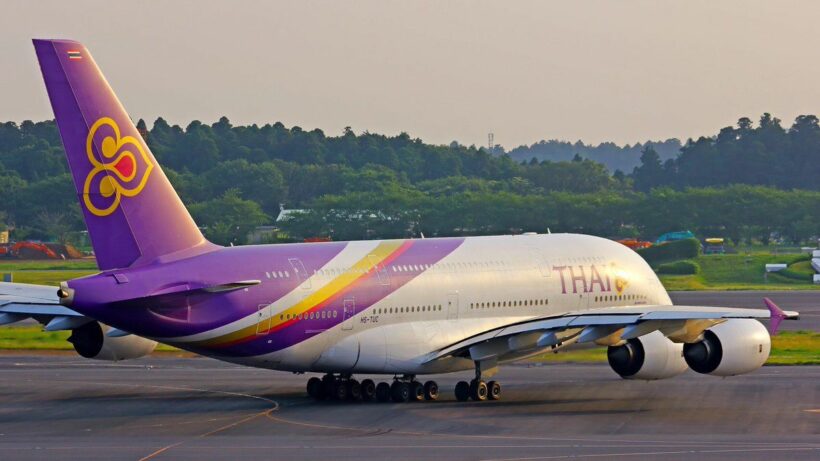 Authorities in Nonthaburi province, just outside Bangkok, have announced that passengers of 2 Thai Airways flights from London to Bangkok may be at risk of contracting the Covid-19 coronavirus because 3people on those flights were found to be infected. The 3 passengers developed symptoms en route and later tested positive.

In a Facebook post, the Nonthaburi Provincial Public Health Office said all passengers who took TG917 flights from Heathrow (LHR) to Suvarnabhumi (BKK) on March 27 and 28 should either quarantine themselves or have themselves tested for the virus. 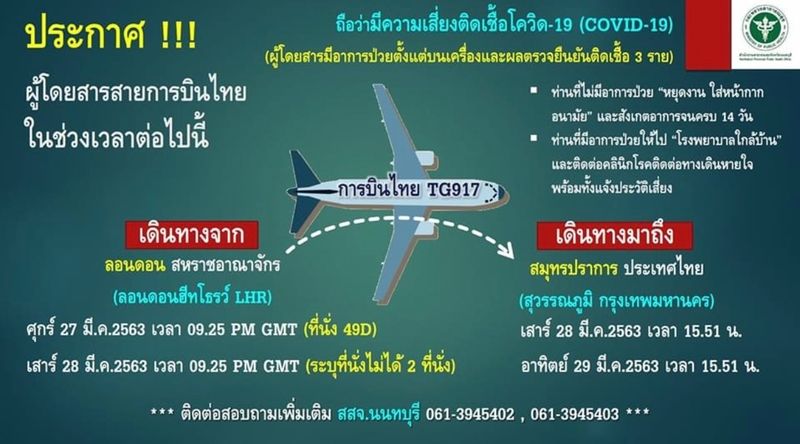 2 passengers on the same flight the following day, which departed Heathrow Airport at 9.25pm and arrived in Bangkok the following afternoon, were also found to be infected.

“The public health office says people who were on either of the 2 flights must isolate themselves at home, wear face masks and monitor themselves for  symptoms for 14 days. Those who feel ill are required to go to the nearest hospital and tell the doctors about their travel history.”