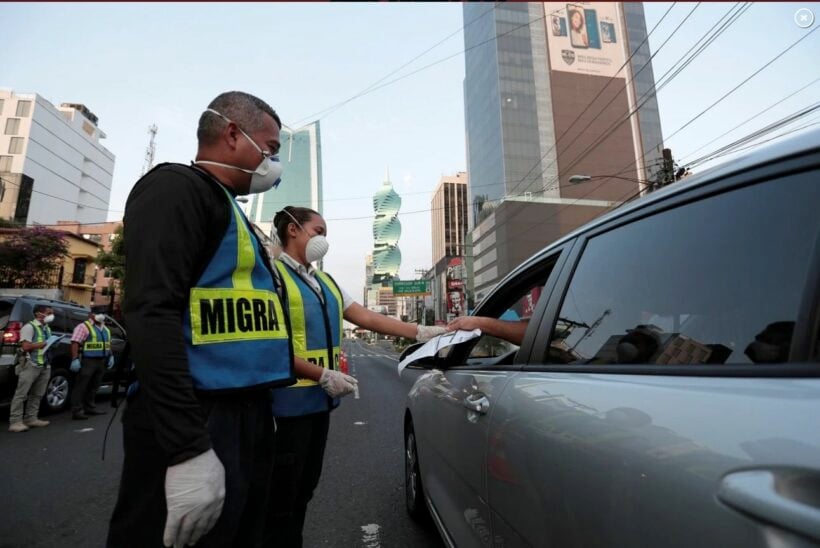 A new, rather unconventional strategy is being rolled out in the Central American nation of Panama to fight the spread of the Covid-19 coronavirus.

Separation of the sexes.

Beginning yesterday, only women are allowed to leave their homes to buy necessities, on Mondays, Wednesdays and Fridays. Men are allowed to venture outs to run errands on Tuesdays, Thursdays and Saturdays. But everyone has to stay home on Sundays. Officials say the restrictions will last for at least 15 days.

The additional measures, over and above the national quarantine already in place, will in theory make it easier for police to limit the number of people going out in public. A statement by Panamanian President Laurentino “Nito” Cortizo on Twitter read: “The great quantity of people circulating outside their homes, despite the obligatory national quarantine, has led the national government to take more severe measures.”

Like many places, areas of Thailand included, Panamanian officials have ordered all citizens to stay inside except for emergencies and to buy food. But worried by the number of people still going out, Panamanian officials decided to divide the days by sex to further limit how many people are outside their homes at any one time. Even on their designated days, men and women will only have 2 hours to do their shopping, according to a government release.

Panama has 1075 confirmed coronavirus cases, with 27 deaths, and has already taken some of the toughest measures in the region to stop the spread of the illness. The country has banned all domestic and international travel. It has shut down airports and will prevent even Panamanian citizens from entering the country, after a March 22 deadline.

A curfew has already kept Panamanians from leaving their homes between 9pm and 5am every day. Under the new, more stringent measures, the curfew will now begin at 5pm.