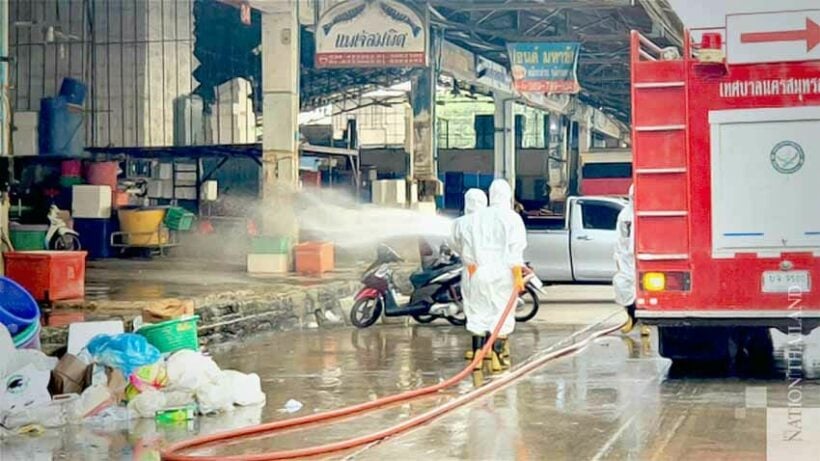 Health officials in the central province of Samut Sakhon, epicentre of the Covid-19 resurgence, say they will introduce tougher restrictions on factory workers in a bid to suppress the spread of the virus. The “seal and bubble” measures are being introduced after the discovery of nearly 8,000 cases during proactive testing at 7 factories in the province in recent weeks.

According to a Bangkok Post report, health officials have described the outbreak as worse than originally thought. Factories which provide on-site accommodation for workers will be “sealed”, meaning employees cannot leave the grounds. Workers from factories that don’t offer on-site dormitories, meaning they live and sleep elsewhere, will have to adhere to a “bubble” approach. Their movements will be strictly monitored, and officials may be required to deliver their food and other essentials, so they have no reason to leave their dormitories.

Provincial health official Surawit Sakdanupab says the “seal and bubble” strategy will be put into effect in the coming days, saying the “seal” method may have an impact on businesses in the area in the short-term. However, it’s expected to bring transmission under control within 28 days. He adds that the “bubble” method may prove more challenging. He is calling on factories to provide on-site accommodation where possible, saying closing individual factories would be a last resort.

The Centre for Covid-19 Situation Administration says officials will continue to carry out mass testing in the province, but it is currently costing the government 20 million baht to test 10,000 people a day.

Meanwhile, Health Minister Anutin Charnvirakul says the situation in Samut Sakhon is improving, with the proactive testing of 140,000 workers at 845 factories to date meaning officials have been able to pinpoint factories that need close monitoring.