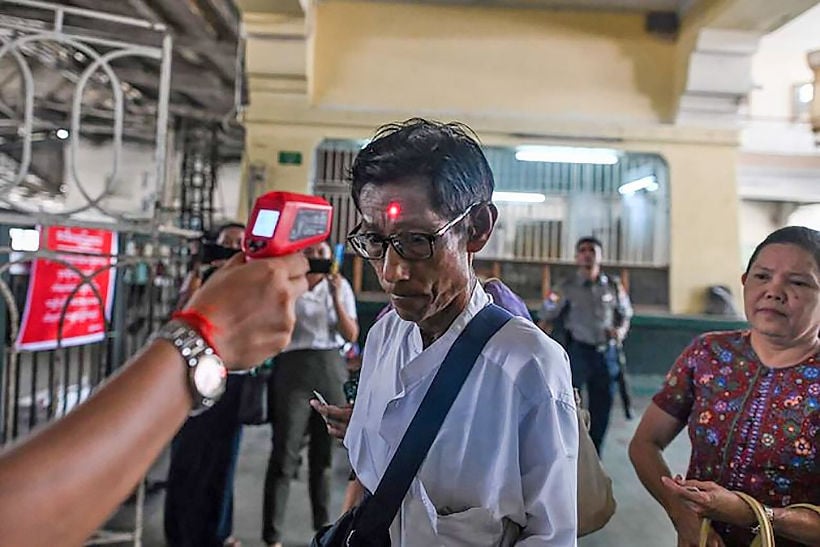 In a shock announcement, Myanmar reported 70 new confirmed Covid-19 cases today, the highest 1 day tally since the virus was first detected in the country in March. According to the Ministry of Health and Sports, there were no local transmissions between July 16 and August 16, and about 200 infections detected since then. The majority of cases are in of Sittwe, the capital of the western Rakhine State, and 75% of them are asymptomatic. The latest cases bring the nation’s total to 574 since the outbreak began. Khin Khin Gyi, the director of emerging infectious disease at the health ministry, said in a phone interview today:

“We have noticed the rate of infections in Rakhine State has risen quickly and expect to see many more cases in the coming 2 weeks.”

Sittwe is along the Bay of Bengal, in the western part of Myanmar and south of Bangladesh. It has a large population of the Rohingya Muslim minority.

“Rakhine State has become the hotspot for infections so we assume the new variant of Covid-19 named D614G is spreading there, originating from a market.”

Citing epidemiological findings in other countries, Khin warned that the new strain “could spread 10 times faster”, so the government will tighten travel to and from Rakhine State, and send in more medical workers and volunteers, strengthen capacity of hospitals and step up contact tracing and testing in public hospitals.

Khin says some 13,000 doctors and thousands of nurses stand ready at over 1,300 public hospitals across the country to provide treatment in the event of a spike in cases. She says the business capital Yangon, Myawaddy and Rakhine State are considered “risky areas”.

Myanmar has a population of about 54 million, and borders with Thailand, China, India, Bangladesh and Laos.