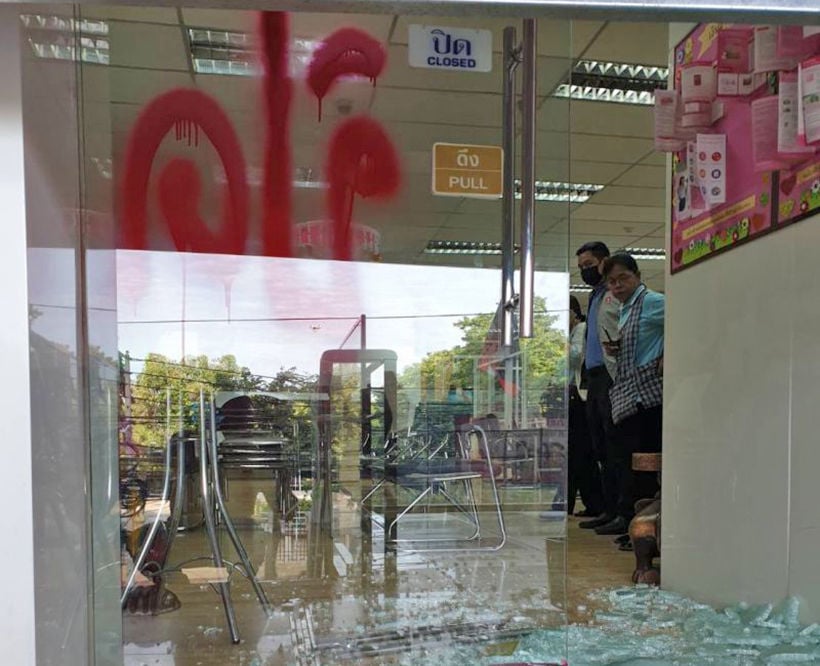 A man and wife in Nakhon Pathom, just west of Bangkok, were arrested yesterday for allegedly robbing a bank there. Police in the downtown district were informed in the morning that the local Government Savings Bank branch had been robbed, and arrived to find shattered windows and glass on the floor.

Witnesses told police they’d seen the couple walk into the bank, but paid no attention thinking they probably wanted to use the ATMs. They later smashed a glass door and spray painted “closed on another. A maid at the bank photographed the pair and informed police, who then hunted down and arrested 35 year old Thipawan Pinthong and 39 year old Visut Saengkanchana. It appeared the couple had “robbed” the bank to fill their 4 piggy banks.

During questioning, police learned that the couple are unemployed and the wife, Thipawan, may be mentally disabled. The couple stand charged with invasion, robbery and destroying bank property. 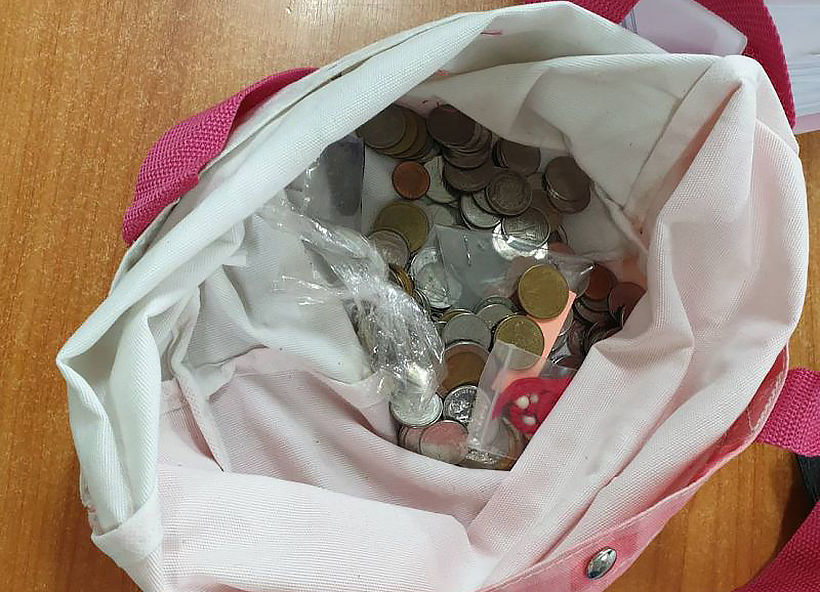