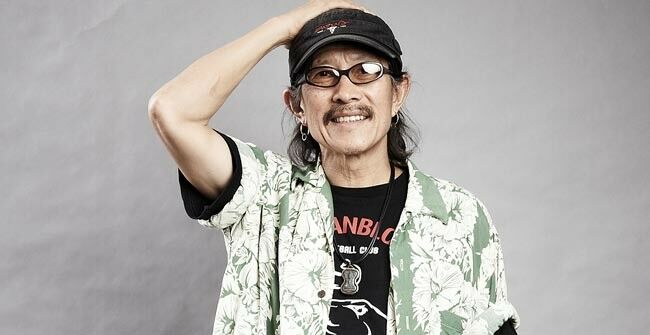 An iconic Thai rockstar released a song this week calling on Thailand’s government to lift all Covid-19 restrictions. The song is titled “Let go of Covid”. The singer, known to Thais as ‘Aed Carabao’, said in a post that he went to a football tournament in the UK, and was shocked by how much life had returned to normal compared to Thailand. He said he felt self-conscious being the only person wearing a mask in a stadium of 90,000 people.

In the lyrics to his new song, Carabao says that people have already been vaccinated. He says that for two years “the door of opportunity has been shut off”. In the song’s final line, Carabao implies that the government doesn’t have people’s best interests at heart.

“Born as a citizen, a life is more important than your political game”.

In his post, Carabao writes that if the government truly wanted to enforce Covid-19 restrictions seriously, it could take the extreme measures some Chinese cities have taken. He said that Thailand is in a “strange middle ground”. Carabao pleaded with the government to spare people who’s livelihoods have been plundered, particularly in the tourism, nightlife, and entertainment industries. He urged the government to accept that it can’t defeat Covid-19, so people should learn to live with it and treat it like the flu.

Carabao is 67 years old. He hit the height of his career during the 1980s. He is known for making political statements with his music.

Benroon
6 hours ago, Chaimai said: I applaud him, and if he has changed political allegiances over the years then that is something that should be admired in a democracy. Yeah I agree with that, if a politician makes…

Benroon
5 hours ago, Chaimai said: You do understand, don't you, that most people don't give a flying fart what you think....... Even less about your opinion of a Thai. Not wishing to be pedantic but is there technically another type…

King Cotton
14 minutes ago, Benroon said: 5 hours ago, Chaimai said: You do understand, don't you, that most people don't give a flying fart what you think....... Even less about your opinion of a Thai. Not wishing to be pedantic but…