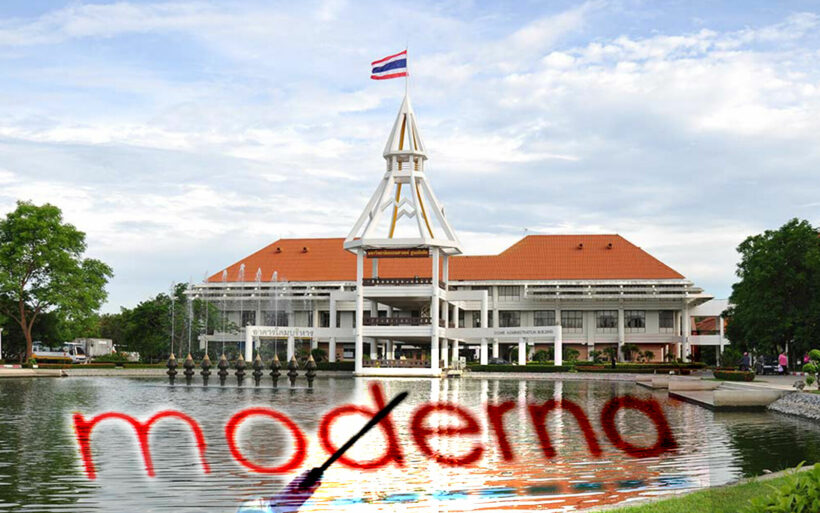 FILE PHOTO: The Foreign Ministry denies that they blocked the Moderna vaccine donation to Thammasat University.

After Thammasat University was set to receive 3 million Moderna vaccines donated by Poland last Tuesday, the deal was suddenly stymied by the Thai government not completing the required paperwork. Then the university appealed to the Foreign Ministry for help, and was rejected, being told they should be going through official channels to import vaccines. Now the Foreign Ministry is denying claims that they have blocked Thammasat University from receiving the donation of Moderna vaccines from Poland.

The spokesperson for the Ministry of Foreign Affairs said that they don’t have the authority to block any deals. He confirmed that the university had written on October 22 requesting assistance in receiving a 3 million vaccine donation, with 1.5 million Moderna vaccines ready for immediate delivery.

Thammasat University asked the Ministry of Foreign Affairs to help physically bring the Moderna vaccines in, as well as coordinate with the Thai Embassy in Warsaw to do inspections on the vaccines before they shipped.

The spokesperson said that the ministry responded only suggesting that they work directly with the Polish agency donating the vaccines, but did not make any attempt to block the shipment or oppose the donation.

“The Foreign Ministry provided professional advice in good faith that TU should carefully consider the donation process to avoid complaints from any parties. Especially if it is seen as having commercial interests related to the donated vaccines.”

The first 1.5 million vaccines of Poland’s 3 million Moderna vaccines still remains undelivered as Thailand waits for Moderna to finally arrive in the country.

Metaluna
35 minutes ago, Fishoil said: USA delivered 1.5 million doses of Pfizer.  150K to all expats. 1  million in the pipeline. Those clowns in Bangkok blame the delay on the USA. Paperwork? Can't they copy the previous docs and agreements…