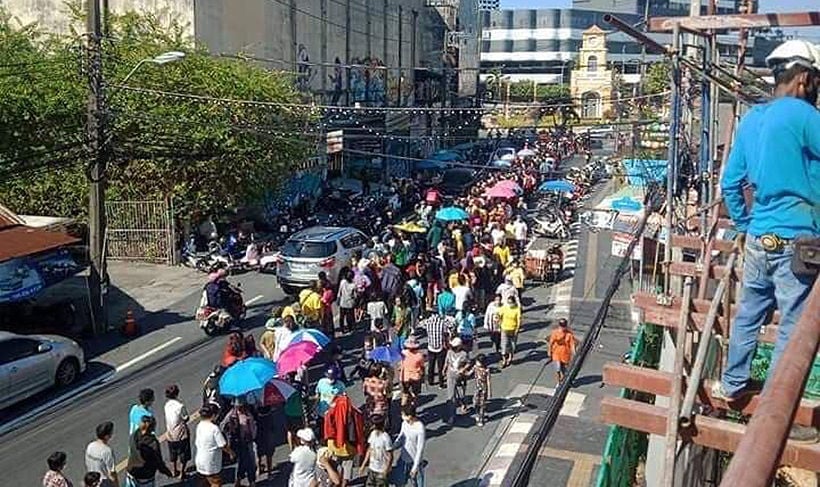 Yesterday police deputy spokesman Kissana Phattanacharoen announced that officers at Phlapphla Chai 2 police station have investigated an incident that took place on April 12 when dozens of people had gathered to receive charitable food near Hua Lamphong railway station in Bangkok.

Bangkok police have pressed charges against food donors for allegedly failing to submit any social gathering precautions. The legal action follows a video showing people failing to comply with social distancing measures to contain the spread of the Covid-19. Some of them even started fighting amongst themselves.

“The organisers reported to the police and have been now been charged with violating the ban on public gatherings and failing to comply with social distancing measures.”

“Police are also tracking down those involved in the brawl.”

“People who want to distribute food or other necessities must contact local authorities so as to help maintain proper social distancing procedures.”

Meanwhile, yesterday thousands of Phuket citizen waited in line to receive food from a group of young locals who have previously gathered money from donors to provide help for those affected by the Covid-19 virus. They had received permission from Police Colonel Thiraway Liamsuwan, the Director of the Phuket police station. 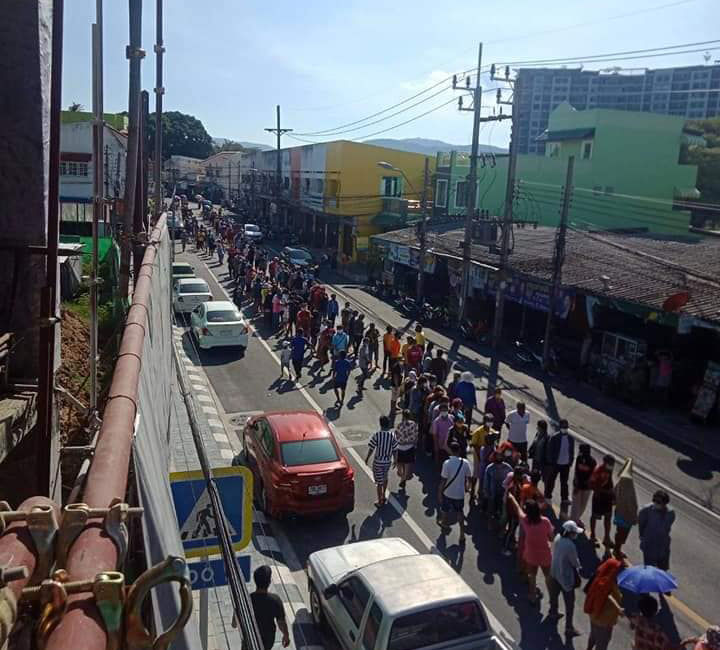 More than 30 authorities came to facilitate the handout of food, to help control traffic and keep people spread out according to the control measure in Phuket.

Deputy Chief of Phuket District Danai Jai said that even though authorities came to control social distancing, there were too many people coming to receive the donations.

“The police officers encounter eda problem of keeping the people 2 metres apart from each other.”

“Having people who want to promote the welfare of people and to donate things to the people is a good thing and the state will support these people. For donors who want to do this should notify or coordinate with their local district authorities or police station so the officers can offer help and organise the spread of the Covid 19 virus.”