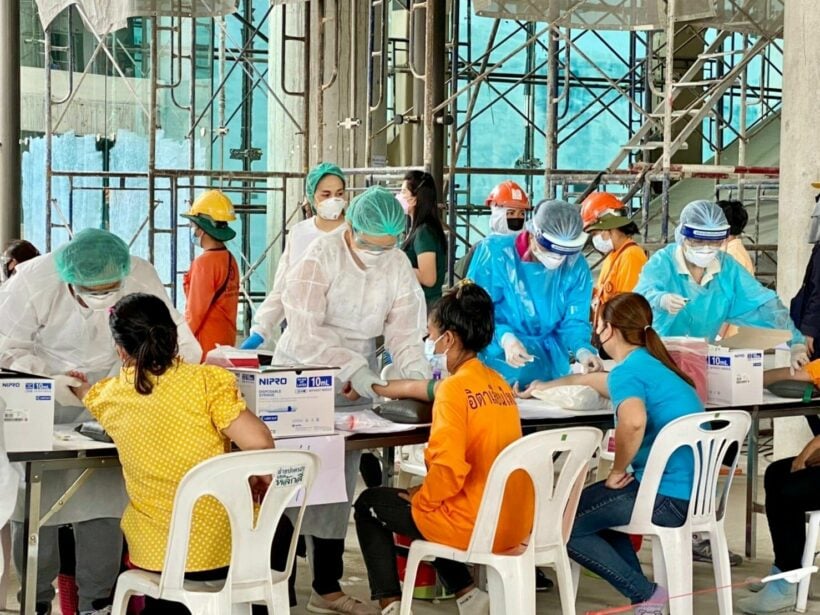 Bangkok has reported its first case of the Beta variant of Covid-19, originally detected in South Africa. According to a Bangkok Post report, the patient had contact with an infected person in the southern province of Narathiwat. Hundreds of cases of the Beta variant have already been reported in southern Thailand and are believed to have been imported from Malaysia. Supakit Sirilak from the Department of Medical Sciences is expected to host a press conference on the matter today.

Yesterday, 11 new infection clusters were reported across 8 provinces, with places like construction camps, markets, and factories all coming in for close scrutiny. 4 of the 11 clusters are in Bangkok. There are now 111 active Covid-19 clusters in the country.

Natthapol Nakpanich from the National Security Council chaired a meeting of the Centre for Covid-19 Situation Administration in which officials discussed the rising infections in Bangkok and other dark red zones, as well as the situation in the south of the country. Most cases in the north and south of the country have been linked to social gatherings, whereas in the east and central provinces, infections are spreading from factories and markets.

Yesterday, Thailand reported 3,995 new infections and another 42 deaths, meaning the Kingdom has now recorded 244,447 infections and 1,912 deaths since the start of the pandemic. Yesterday, the capital recorded its highest number of new cases and the highest number of deaths, at 137 and 27 respectively. The crisis in the Bangkok area and in the south of the country has led to a new round of restrictions being imposed for 30 days from today.

King Cotton
18 minutes ago, BlueSphinx said: Well, for sure your post is not a very encouraging start for a civil discussion and exchanging points of view when starting with 'Don't be stupid...' But, to be fair, Tjampman had been doing his… SirPixAlot
9 hours ago, AussieBob said: More proof - it is the illegal border crossings and imported cheap labour that is causing all the outbreaks...   I'm with you in this point. Unfortunately the increasing numbers are a "homebrewed" issue and…
Stonker
5 hours ago, DontacoXII said: It’s sars virus, been out for decades No it isn't.   4 hours ago, Tjampman said: Don't be stupid nobody assumes that everyone dies, but a lot of sick people will take its toll on the…

Tjampman
4 hours ago, BlueSphinx said: Well, for sure your post is not a very encouraging start for a civil discussion and exchanging points of view when starting with 'Don't be stupid...' I did mean that in a lighthearted and equally…

JamesE
16 hours ago, DontacoXII said: I’m waiting for the Omega variant so we can move on to the next virus. ?? Same virus, they'll just switch to Cyrillic.