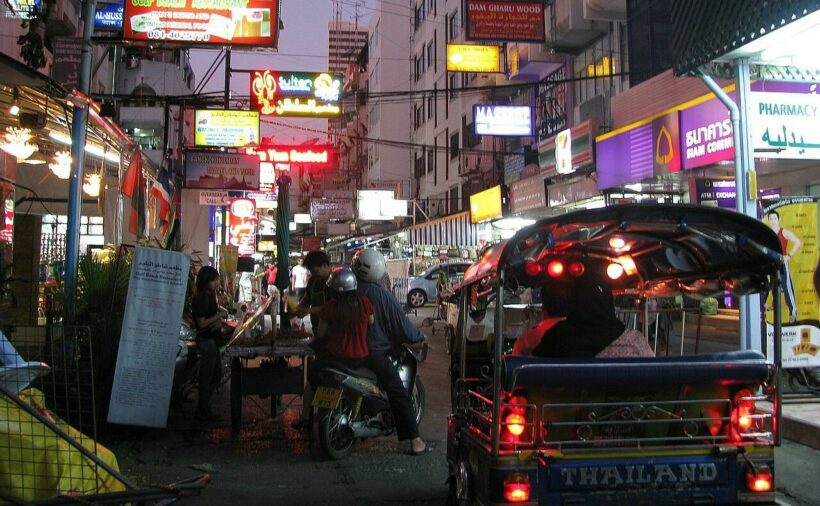 Businesses that have been affected by the latest round of Covid-19 restrictions imposed in Bangkok and 9 other provinces are appealing for state aid. New measures aimed at curbing the spread of the virus come into force today, in Bangkok, Nakhon Pathom, Nonthaburi, Samut Prakan, Samut Sakhon, Pathum Thani, Narathiwat, Songkhla, Pattani, and Yala. They include a ban on eating in at restaurants and will be in force for 30 days.

The Bangkok Post reports that 575 construction camps across the Greater Bangkok area have been closed off, with over 10,000 police officers and members of the military drafted in to patrol the area and ensure the measures are complied with.

Meanwhile, restaurant owners are protesting the reintroduction of a ban on in-house dining. Thaniwan Kulmongkol from the Thai Restaurants Association has compared it to being struck by lightning multiple times and says the businesses affected are not receiving any help. She is calling on the government to purchase 200,000 meal boxes a day, at a cost of 50 baht a box, or 10 million baht a day, until the restriction on dining-in is lifted. The boxes would then be delivered to construction workers locked in their camps.

Sanan Angubolkul from the Thai Chamber of Commerce says that while he understands the need for the latest round of restrictions, they must not go on for too long, due to the financial impact on many businesses in the hospitality, service, and tourism sectors. The University of the TCC predicts the ban on dining-in will cost around 30 – 60 billion baht a month in losses.

“It’s sad but true, many more people in these businesses will lose their jobs as a result of these Covid-19 control measures.”

Lisa Ngamtrakulpanich from the Thai Contractors Association is urging the government to compensate contractors who’ve been affected by the latest restrictions, pointing out that most contractors face fines for delays in construction.

Meanwhile, government spokesman Anucha Burapachaisri has called on the media to stop describing the restrictions as lockdowns.

“They simply are stricter control measures targeting businesses that are found to be sources of infections.”

AlexPTY
it is a sad situation, but nobody should dream about government help, it's not the government function. Adapt or lose. This reminds me a story of my friend who married a girl in Buriram. her family always asked for money…

AussieBob
Poo 8 minutes ago, AlexPTY said: it is a sad situation, but nobody should dream about government help, it's not the government function. Adapt or lose. This reminds me a story of my friend who married a girl in Buriram.…