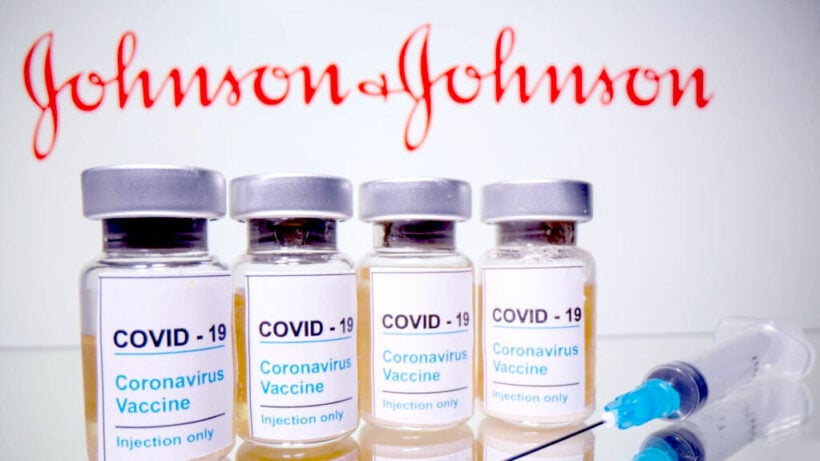 PHOTO: Johnson and Johnson vaccines were smuggled from Cambodia. (via VOA)

In Sa Kaeo province in Eastern Thailand, the Food and Drug Administration is warning people to avoid offers of Johnson & Johnson vaccines that were illegally smuggled into Thailand after a patient apparently brought in a vaccine to a private clinic and paid to have medical staff administer it.

The single-dose Johnson & Johnson vaccine has been approved for use in Thailand by the FDA, but they warn against smuggled vaccines that may not have been handled safely. Back in June, the Thai government approved a request for France to send the Johnson & Johnson vaccine to Thailand to inoculate its citizens, ages 55 and older, but the vaccine has not been available to Thais.

In the Aranyaprathet district, a patient apparently brought the vaccine to a private clinic and paid a 2,800 baht service charge to have medical staff inject him with the vaccine. Thai PBS World reports that a man made the claim in a Facebook post and said he did it because he could not wait for the Moderna vaccine to arrive. The Sa Kaeo provincial health chief, Praphas Pookduang, ordered an investigation into the claim and says that, on record, the man was inoculated with the Johnson & Johnson vaccine on October 16.

Thai PBS World says local health officials have not been able to find the man to ask him where he got the vaccine. Reports say the vaccine is suspected of being smuggled from Cambodia to Sa Kaeo, just across the border.

The Thai government had designated the Johnson & Johnson brand as one of their main vaccines that they would use to fight the Covid-19 pandemic and disallowed third parties to import and administer the doses. The Government Pharmaceutical Organisation is overseeing all vaccine imports.

The FDA warns that it is imperative that only officially authorised channels import and handle vaccines as they must be stored at the right temperature and mishandling them could render vaccines useless or even dangerous.

Officials explain that the medical professional who injected this Johnson & Johnson vaccine breached ethics and Department of Health Service Support by injecting a smuggled vaccine, though no punishment was specified. Thai PBS World reports that the clinic had “not committed any wrongdoing” and that the medical professional has been “advised to exercise more caution, especially when administering illegal vaccines.”

The patient who allegedly smuggled the Johnson & Johnson vaccines in, however, is in violation of Section 12 of the Drug Act and could face up to 5 years in prison along with a 10,000 baht fine.

Prosaap
They protect the brown envelops very well
Rebel
Think I would prefere a Johnson & Johnson jab instead af a Sinovac or Sinopharm at any time
Bob20
They of course have to warn against the risks of using illegally obtained drugs. But that's just part of the story 🤔

Thai Cabinet gives the green light for procurement of Molnupiravir