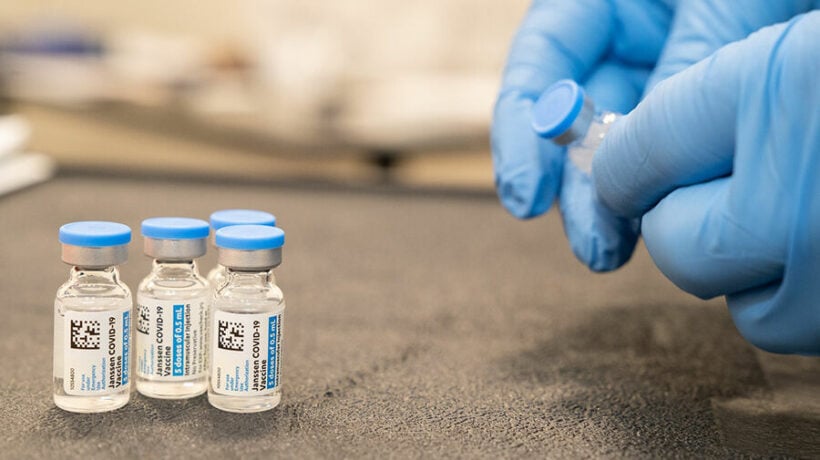 The Food & Drug Administration have approved Johnson & Johnson’s Covid-19 vaccine for emergency use, making the single-dose jab the third vaccine approved for use in the Kingdom. Public Health Minister Anutin Charnvirakul took to social media to announce the go-ahead from the FDA.

Thailand is currently using China’s Sinovac vaccine and the AstraZeneca jab in its national rollout, but Anutin says this latest authorisation from the FDA shows that the country is open to other manufacturers and anxious to give people more choice.

India’s Bharat Biotech vaccine is currently awaiting approval for use in Thailand, while Moderna, China’s Sinopharm, and Russia’s Sputnik vaccine have all expressed interest in obtaining FDA approval.

According to a Bangkok Post report, Paisarn Dunkum, secretary general of the regulator, says private companies and hospitals who wish to administer approved Covid-19 vaccines should register with the Department of Disease Control. He also points out that so far, no doses of the Johnson & Johnson vaccine have been ordered.

To date, the Thai government has approved plans to buy a total of 63 million doses of China’s Sinovac jab, with discussions to purchase a further 5 million still ongoing. Thailand plans to vaccinate at least 50% of the population by the end of this year. So far, 96,000 people have received their first dose, while 5,800 have received both doses.