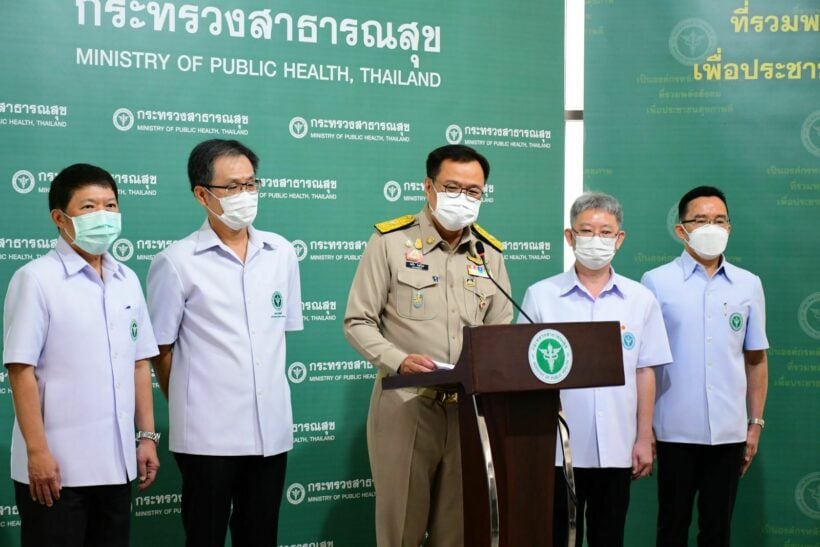 This means those who report themselves — either at hospitals or via a hotline — and are found to be at high-risk of contracting the virus, will be required to quarantine for five days, then self-observe their symptoms for another five days.

Speaking at a press conference on Monday, director-general of the Department of Disease Control, Dr. Opas Kankawinpong, reported that the department had already agreed on the measure and expected to enact it after the Thai New Year. He said the next step was to inform the CCSA and the Centre of Disease Control for further announcements and official operation.

Meanwhile, Thailand’s Public Health Minister, Anutin Charnvirakul, also urged the elderly group to get vaccinated. He added that vaccines could help prevent severe symptoms and death, while the number of new cases during Songkran has been estimated to possibly reach 100 thousand per day, in a “worse case scenario”.

The Minister’s remarks are in line with the government’s push to administer booster shots to the nation’s elderly population, and those at risk, in order to bolster their immunity to Covid-19 ahead of the Songkran festival, which will officially begin on Wednesday, April 13.

gazmo16
So the Health Ministry already expects 100,000 new Covid cases a day due to Songkran. They will allow High risk Foreign tourists to do 5+5 , wow thanks very much . Those sweating on the reduction of Thailand Pass measures…
JJJ
This should have been dropped long ago. Not only do arrivals have to worry about their own false positive but also have to worry about someone near them traveling having a false positive despite being vaccinated and possibly previously infected.