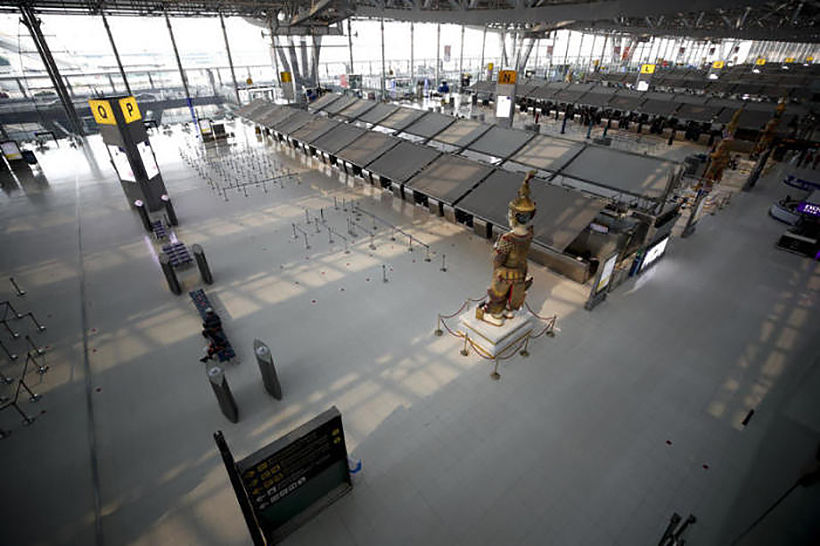 The inbound passenger flight restriction is now going to be extended another 31 days, until the end of May, whilst more repatriation flights for Thai citizens will continue this week. The Civil Aviation Authority of Thailand says they will extend the ongoing ban, currently scheduled to end on April 30. The first of the temporary closures was announced on April 4.

The latest continuation of the ban is announced as more than 1,000 Thai repatriates from six countries are flying home this week. They are being met in a controlled situation, go through strict health checks and then ferried off to state quarantine centres where they will be quarantined for 14 days. The arrivals started yesterday and go to April 30.

A total of 1,078 Thais have registered to return through key international airports during the 5 day period. 601 will arrive from India, 207 from Australia, 168 from New Zealand, 42 from Spain, 35 from Japan, 25 from Netherlands. The flights include about 50 children.

There is another 9,000 Thais who have registered with overseas Thai embassies and consulates who are scheduled to return to Thailand after April 30. Health officials say they are paying particularly attention to workers crossing the southern border from Malaysia, or on returning flights, as they want to maintain Thailand’s low infection rates recorded in the second half of April.

Meanwhile, on Saturday night 561 people were caught breaching the curfew and “gathered in large numbers”. The main reasons for illegal assembly were drinking, gambling and consuming illicit drugs, according to Taweesilp Visanuyothin, the spokesman for the CCSA.

“A number of curfew breakers had been women 51 to 60 years old who were caught gambling. May I ask husbands to warn their wives? Such behaviour risks spreading the disease and can put their families in trouble.”

Official notice from the Thai CAA.