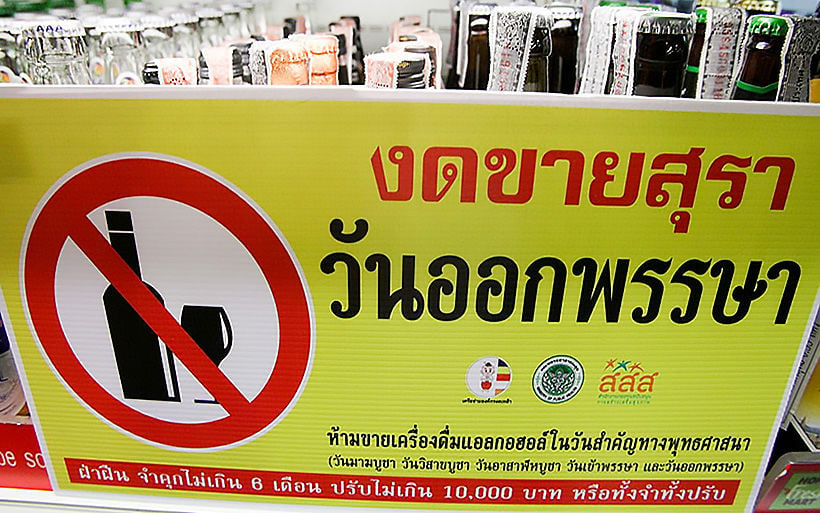 Alcohol sales are officially banned nationwide as of today, by order of the Centre for Covid-19 Situation Administration. Permanent Secretary for the Interior Chatchai Promlert made the announcement yesterday. Previously, the decision to ban sales and transport of alcohol rested with provincial governors, all 76 of whom enacted the prohibition, which expired last night. The ban is now a national matter.

Chatchai said the CCSA confirmed the ban extension to avoid any confusion.

“The alcohol sales ban is one of the Covid-19 containment measures being extended under an order by the CCSA, which means no sales of alcohol are allowed until further notice.”

The secretary-general of the National Security Council, in his capacity as the head of the central coordination office of the CCSA, says the NSC will hold talks with the Interior Ministry, provincial governors and the related agencies about a formal announcement requiring provinces nationwide to strictly follow the alcohol ban. That announcement is expected to be issued in the next two to three days.

He says the announcement is required for the sake of clarification after the CCSA decided to extend all key Covid-19 containment measures, including the alcohol sales ban.

The ban was first imposed before the cancelled Songkran holidays and was later extended on April 20.