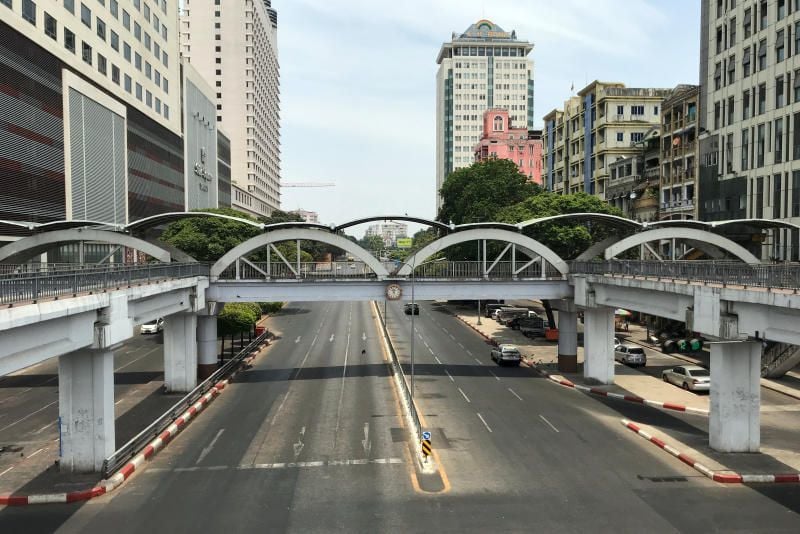 Burmese authorities in the largest city Yangon have announced a night curfew to contain the spread of the coronavirus. Like Thailand, the curfew runs from 10pm to 4am, starting from last night, affecting some 7 million people. The curfew will remain in place “until further notice”.

Mandalay, a city of around 1.5 million, has also imposed a similar curfew from Friday, with other major cities across the country expected to follow.

The Burmese Health and Sports Ministry has also imposed a stay-at-home order in seven townships around Yangon where Covid-19 infections are relatively high.

“Only civil servants, corporate employees, delivery workers and medical personnel will be allowed to leave their homes. Anyone who fails to comply faces a jail term of up to six months.”

The government has already imposed a ban on gatherings of more than five people around the country.

Officially, Myanmar has reported just 107 confirmed coronavirus infections as of this morning, 80% of them in Yangon, with five deaths but the testing protocols have been almost non-existent and regional health authorities fear there is a massive lack of reporting.

Around the Asian continent, China leads the way, just ahead of Turkey. South Korea and Singapore, both early successes in containing the virus, are now seeing spikes in new cases, referred to as the second wave. Indonesia now has the most cases of any south east Asian country. Countries listed with reported cases over 2,000… 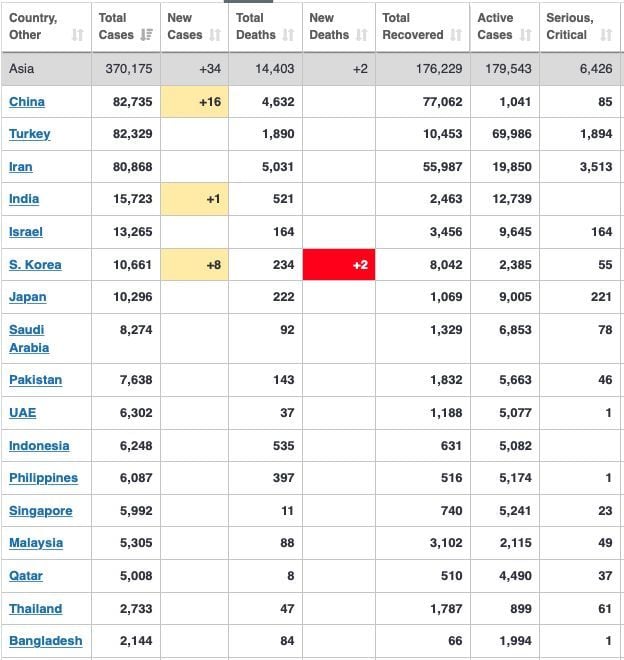 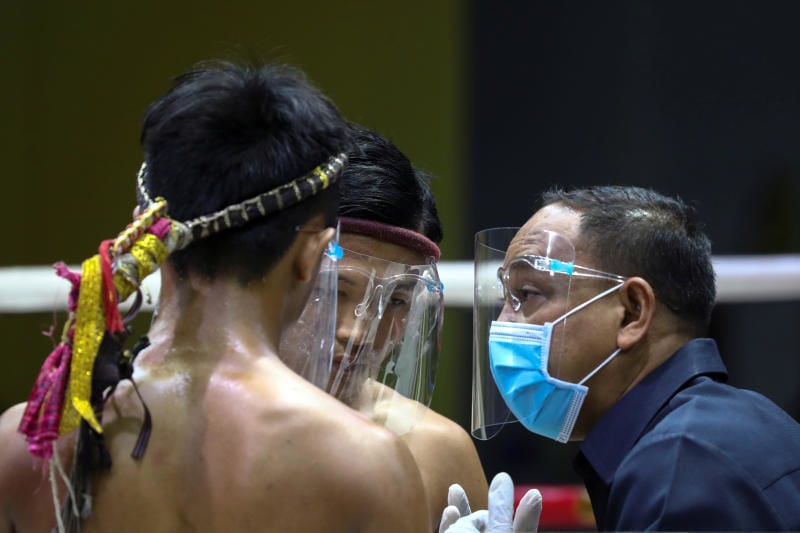 The Thai government has reported 5 new imported cases of Covid-19, bringing the Kingdom’s total tally to 3,195 with 58 deaths. Thai nationals made up the new cases, as they reportedly recently returned from Kuwait and are currently in state quarantine. Currently, one person has been added to the total amount of recovered cases in the past 24 hours, bring the number to 3,038. Officials are reporting that there are now 65 patients hospitalised for the virus. Thailand overall has not seen any community transmitted cases for some time now, and the government has taken note by starting the reopening […]