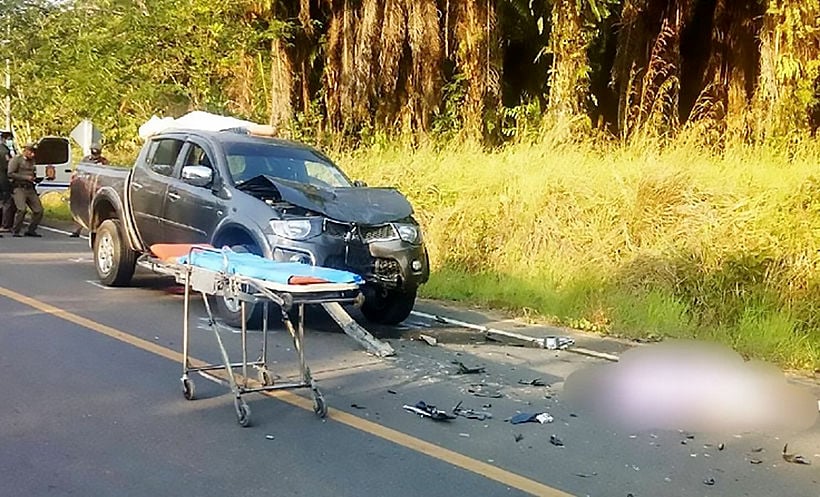 With the alcohol ban lifted the carnage has resumed on Thailand’s roads.

The national alcohol ban was lifted in all 76 of Thailand’s provinces, plus Bangkok, last Sunday. The sale and transport of alcohol was banned as part of the national state of emergency in order to stop people drinking and socialising during the Covid-19 crisis.

A predictable, and welcome, side effect of the ban was a significant drop in the number of road deaths, since many, if not most of Thailand’s fatal traffic incidents, involve drink driving, particularly during holidays.

Now, after about three weeks, the ban has been lifted. Unsurprisingly, there has been a massive jump in the number of road deaths, rising yesterday to 63, 8 more people than the total number of people that have died from the coronavirus since the outbreak started in Thailand in late January.

Thailand’s roads are notoriously dangerous and are among the deadliest in the world, ranked 9th by the World Health Organisation with an average of 22,000 deaths per year and over 1 million people injured. In 2019, the majority of traffic-related deaths and injuries were motorcyclists, who accounted for 92% of fatal crashes. Specifically, younger male motorcyclists who were driving whilst under the influence of alcohol.

The government has set a goal of limiting road deaths to 664 per year, a figure which has already been surpassed by nearly one third this year, as the figure stands at 872 today.

Road accidents killed 45 people and injured 2,523 each day on average from January to October 2019, according to data compiled by the central road accident claims company.