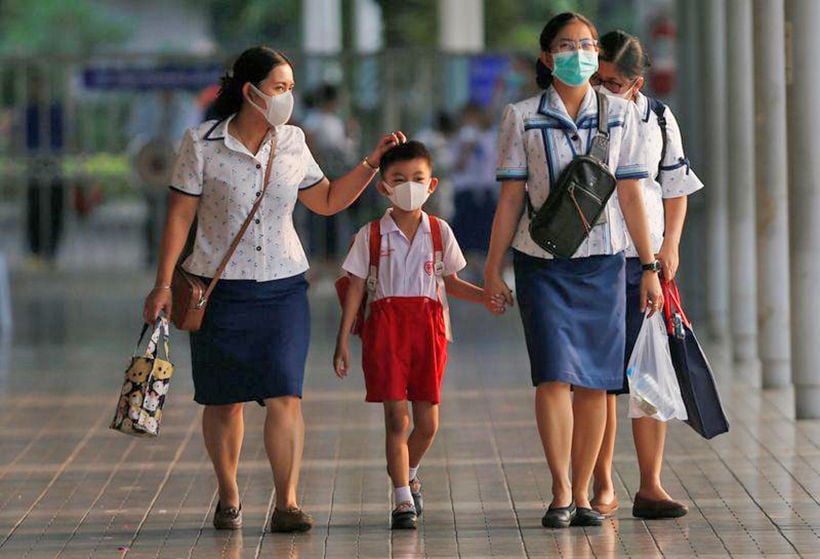 The Centre for Covid-19 Situation Administration announced 9 new cases of Covid-19 at this morning’s daily press briefing. All 9 were ‘imported’ cases by Thai nationals returning from overseas, “bringing attention to the importance of the state quarantine process and border control”, according to CCSA spokesman Dr Taweesilp Visanuyothin.

Of the 9 cases, two recently returned from the US. The two males, aged 18 and 27, flew back on May 12 and were found to be infected yesterday, the last day of their state quarantine. Both were asymptomatic. 6 students, aged 23 – 33, returned from Saudi Arabia. They first flew to Malaysia and then transferred to the Padang Besar border checkpoint. Officials of both countries suspect that the checkpoint is now a Covid-19 hotspot and should be closed for sanitation. 4 of the patients had high fever and cough, while two were asymptomatic.

A 34 year old masseur returned from Qatar on Friday with a high fever, coughing and no sense of smell during state quarantine. He tested positive for Covid-19 on Monday. 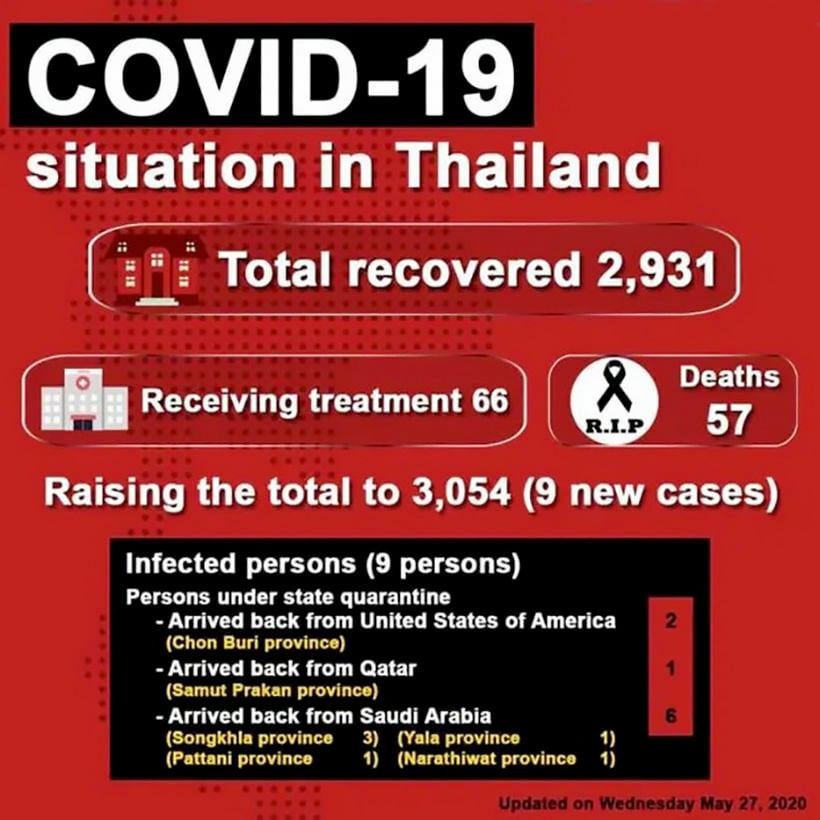 Dr. Taweesin suggested Thai nationals in Malaysia hurry up if they want to return home as the checkpoint is likely to be temporarily closed soon.

All international arrivals are banned until at least the end of June, and borders are closed, with the exception of Thai Nationals returning from abroad. Every Thai national must go through a mandatory state quarantine of 14 days which includes Covid-19 testing.

The fact that all 9 cases are imported makes today the second day in a row without a new locally transmitted case. Thailand has had a total of 3,054 cases of the virus since the start of the outbreak. 2,931 of the cases have fully recovered and been released with 2 new recoveries in the past 24 hours, leaving the recovery rate at 96%.

There are 66 cases remaining in hospital under treatment nationwide, with the majority being imported cases according to CCSA officials.