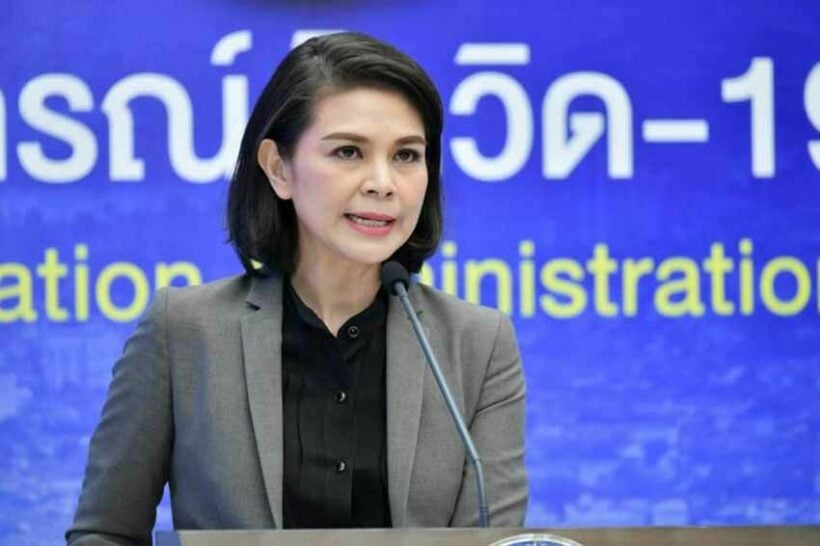 The Centre for Covid-19 Situation Administration is to discuss the easing of restrictions in the central province of Samut Sakhon next week, as new cases continue to fall. Health officials recently introduced a “seal and bubble” strategy to contain the spread of the virus at the epicentre of its resurgence late last year. Yesterday, the province reported 129 new cases, continuing a downward trend.

December’s outbreak is thought to have originated at a seafood market in Samut Sakhon, with most of the infections found in migrant factory workers. Nation Thailand reports that officials have now screened 1,880 factories, markets, and communities. CCSA spokesperson Apisamai Srirangsan says “seal and bubble” restrictions currently cover 9 factories and over 42,000 people, amid a 10% infection rate. Around 8,000 people a day are now being tested to determine if they have a level of immunity that would permit them to leave the “bubble” and return home.

Apisamai says Thailand has done well to curb the spread of the virus and now has just 5 “orange” provinces and 7 “red” provinces. Those colour-coded red have the highest restrictions in place, with orange provinces having the second highest.

Meanwhile, a new cluster of infections has been reported at Bangkok’s Chulalongkorn University. The CCSA says the cluster may be down to complacency in the workplace and a lack of temperature checks. She adds that finger scanners have been identified as a possible source of infection, along with ideal transmission conditions in dormitories and condominiums. The district of Pathumwan has now been classified as a virus hotspot, with local residents urged to take precautions to safeguard against infection and to use the MorChana app for updates.