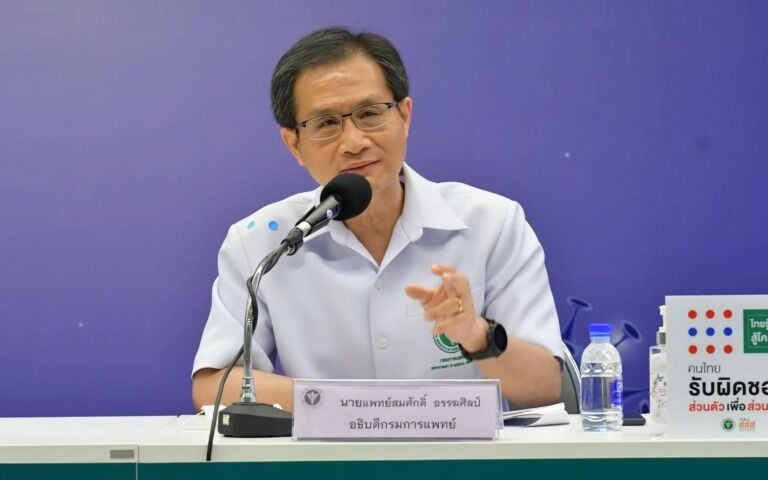 After many migrant workers infected with Covid-19 were reportedly abandoned at the Public Health Ministry’s Pre-Admission Centre in Bangkok, it is now temporarily closed to migrant workers. The centre is used to screen people who are infected with the virus before sending them to a facility for treatment.

Apparently, a number of workers have been dropped off at the centres. Without notice, and due to the number of people needing treatment for the coronavirus, the centres had problems with management.

Department of Medical Services director-general Somsak Akkasilp says the department is not biased against migrant workers. While hospitalisation is available to everyone in Thailand, regardless of nationality, Somsak says there are too many people waiting in queues and the centre had to suspend the admission of migrants to hospitals and field hospitals in Bangkok and the surrounding provinces.

Many of the recent Covid-19 cases have been clustered in crowded places such as factories and construction camps, affecting migrant communities who often live in packed housing like worker dormitories or informal settlements. Health officials have used a so-called “bubble and seal” method at some factories and construction camps that have reported outbreaks, often setting up a field hospital onsite.

Construction camps in Bangkok and surrounding provinces, as well as in Thailand’s Deep South near the Malaysian border, have been ordered to close for the next 30 days to contain the spread of the coronavirus.

KAP
So not ‘biased against migrant workers’ but is ‘closed (albeit ‘temporarily’) to migrant workers’   Now I could be wrong (it has happened!) but is this not a contradiction in terms?!   A some what strange approach to managing…