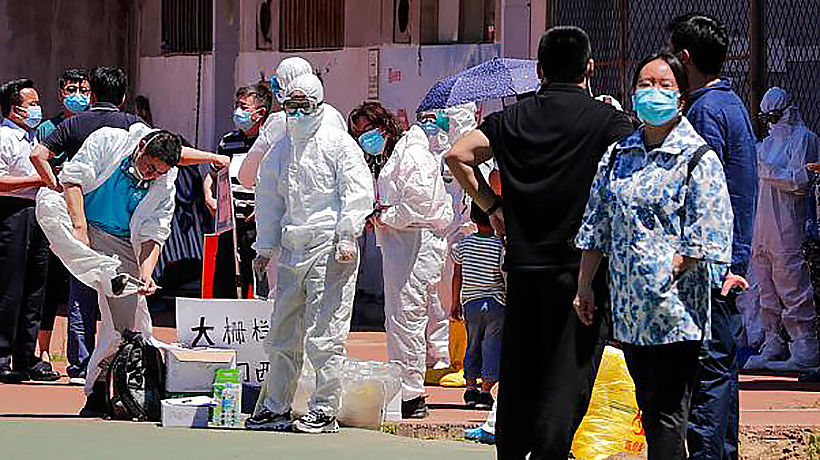 China says it’s identified a European strain of Covid-19 as having sparked the recent spike in south west Beijing suburbs, but the World Health Organisation will only say it was imported from outside the city and needs further investigation. China has released genome sequencing data which officials claim identifies a European strain of the coronavirus. 183 people have contracted the virus in a surge that began just over a week ago, linked to Beijing’s massive Xinfadi wholesale food centre.

WHO emergencies expert Mike Ryan says that strains and viruses move around the world.

“…so I think it’s not indicating that Europe is the origin of the disease at all. What it is saying most likely is the disease was most probably imported from outside Beijing at some point.”

Ryan says it’s critical to establish when the virus arrived in Beijing, how many people were infected along the way, and what amplified its spread, but that it’s “reassuring” that the virus appears to be of human origin and didn’t jump the species barrier again.

China had come under pressure to make the data public sooner rather than later as Covid-19 cases mount in the capital. The US has blamed the Chinese government for moving too slowly to contain the initial outbreak. China says it wasted no time in releasing information including the genome sequence of the first outbreak in Wuhan. The latest genome sequencing data were published Thursday, and were also shared with the WHO and the Global Influenza Data Initiativeaccording to the Chinese Centre for Disease Control and Prevention.

China’s National Microbiology Data Centre website reveals the Beijing genome data was based on 3 samples – 2 human and 1 environmental – collected back on June 11, the same day the Chinese capital reported its first new local infection in months.

The Chinese CDC’s chief epidemiology expert told state media this week the Beijing strain is similar to Europe’s, although not necessarily directly transmitted from European countries. He didn’t elabourate on those comments, made before the genome data release. He added that the strains found in the United States and Russia are mostly from Europe.

Regarding the the origins of the strain that’s hit Beijing, the CDC says it did not originate in the Chinese capital.

“It must be some people or goods outside of the city that carried it into the (Xinfadi) market. It’s unclear who, or what kind of goods, had brought the virus into Beijing.”