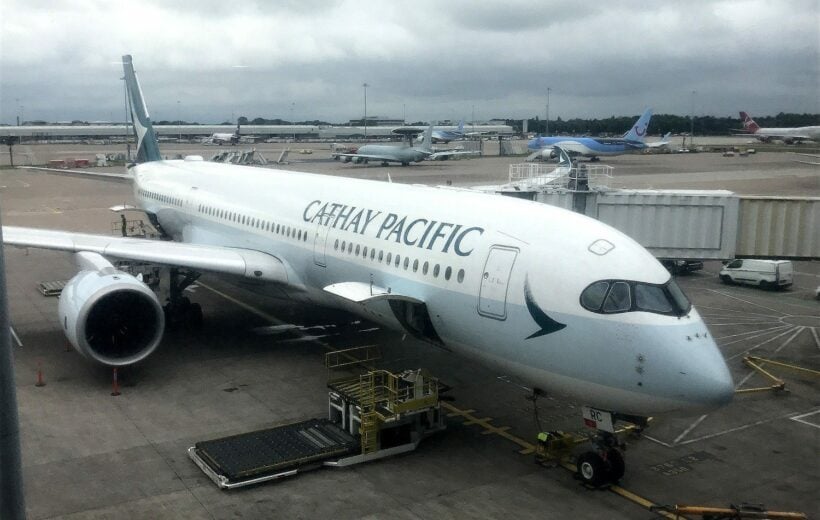 FILE PHOTO: 3 pilots broke Covid-19 rules and got infected with the virus and lost their jobs.

After what Cathay Pacific described as a serious breach of pandemic regulations, 3 cargo pilots were fired after becoming infected with Covid-19 and putting many others at risk. An internal investigation found the pilots for Hong Kong’s flagship airline broke Covid-19 safety rules while abroad in Frankfurt, Germany. The airline is known for being very proactive about Covid-19 safety and may have been the first to fire staff for refusing to be vaccinated.

Cathay released a statement regarding the firings on Thursday but did not specify the exact details of what the serious breach was, though insiders suspect they left their hotel rooms against policy that expected they stay in isolation during a layover, and further that and lied about it, apparently contracting Covid-19 due to their gaffe.

“After investigation into these cases, regrettably, the findings indicate a serious breach of requirements during crew overseas layovers. The individuals concerned are no longer employed by Cathay Pacific.”

2 of the 3 pilots were diagnosed as having Covid-19 on November 10. During questioning by health authorities doing an epidemiological investigation, the 29 and 57 year old pilots told investigators that they had not participated in any kind of gathering, nor had they left their rooms at all during a stopover in Germany.

Knowingly providing false or misleading information about their medical history, who they had contact with, or where they went is punishable under the Prevention and Control of Disease Ordinance and carries a punishment of HK $10,000 – about 42,000 baht – and up to 6 months in prison.

The impact of their indiscretion was widespread. More than 150 Cathay Pacific staff had to be quarantined after the risk of transmission of their Covid-19 infections. A lot of other close contacts were also sent to Penny’s Bay to stay in a government isolation facility.

The effects rippled further though, outside of Cathay, as one of the pilot’s wives is a teacher at Discovery Bay International school, where their 2 sons also attend. Over 120 students who risked exposure also had to be put into quarantine. 70 more friends of the pilots were also placed into isolation programmes. Cathay apologised for the mess their pilots created.

“We acknowledge the impact these incidents have had on all of our people, their families and the community, especially those who are now being quarantined at a government facility.”

Stonker
2 hours ago, BraveNewFahrenheit said: Absolutely everything is insane about this...never ending nightmare. "Never ending" because of the selfish few who break the rules with no consideration for others - and governments who end the rules early, assuming everyone will…

BraveNewFahrenheit
1 hour ago, Stonker said: "Never ending" because of the selfish few who break the rules with no consideration for others - and governments who end the rules early, assuming everyone will have consideration for others. The sooner the selfish…
NidNoi
On 11/21/2021 at 1:16 AM, Pinetree said: Cathay have done pretty well during the pandemic, by stopping all cadet pilot recruitment/ training, closing their academy in Australia, offering early retirement to older pilots, recruiting young Second Officers with low hours…
NidNoi
On 11/21/2021 at 3:41 AM, Pinetree said: They broke the airline's rules, end of. Cathay transported only 30,000 passengers in January 2021. This is a decrease of 99% compare to January 2020. They laid off 8,500 employees and tricked the…
Stonker
8 hours ago, NidNoi said: “… done pretty well during the pandemic..” Cathay has been loosing $2.8 billions during 2020. They went t from an earning of 39.1 HK cent per share (in 2019) to a loss of -424 HK…