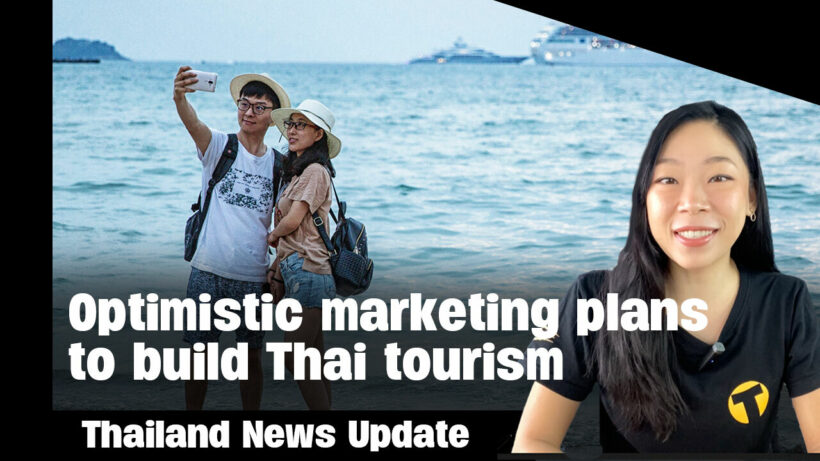 The forever optimistic Tourism Authority of Thailand is continuing to roll out its current marketing plans to target both international and domestic travellers despite a luke-warm start to the year. 2022 started with only the Phuket Sandbox and a quarantine option available for international arrivals, and even after the Test & Go option was re-instated on February 1, the numbers of daily arrivals in Bangkok and Phuket remains below expectations. But the TAT governor Yuthasak Supasorn says Thailand needs to turn crisis into opportunity and use tourism to help rebuild Thailand’s economy. He also re-iterated that aim of the latest tourist marketing to attract wealthy travellers, retirees, remote workers, skilled professionals, millennials and active seniors.He also expected new international travel trends to include wellness and responsible tourism.He also clung onto the target of 10 million international arrivals for 2022. Back in 2019 Thailand attracted just under 40 million international travellers.

National park officials and police from the Natural Resources and Environmental Crime Division have arrested three men and seized tiger and leopard pelts valued at about two million baht’. They were arrested at a resort in Sangkhla Buri district, in the western province of Kanchanaburi.Acting from a tipoff, that a group of illegal wildlife traders had brought one tiger and three clouded leopard hides from Myanmar for sale at a resort, a police officer, posing as a potential buyer, made contact with the traders. Negotiations ended with the price tag being set at 2.2 million baht and a down payment of 20,000 baht being wired to the bank account of one of the sellers.When the two sides showed up to make the exchange, plainclothes police and park officials made the arrests. The three suspects were charged with the possession and trading of carcasses of protected wildlife species. The second offence is punishable by imprisonment of not more than 10 years and a maximum fine of one million baht on conviction.

A total of 980 primary schools, or about 70% of all the schools in Thailand’s north-eastern province of Nakhon Ratchasima, are suspending on-site classes in favour of online learning after clusters of Covid infections were detected in several districts in the province. In the latest development, the provincial health office reported clusters of infections in four schools on Monday, in the districts of Muang, Chakkarat, Bua Yai, and Phra Thong Kham.Meanwhile, the Department of Medical Sciences says the highly contagious Omicron subvariant BA.2 now accounts for 18.5% of all Covid cases in Thailand. The DMS examined 567 Omicron samples during the period February 5 – 11 and 18.5% of them have been confirmed as BA.2, while the remainder are BA.1, the original Omicron variant.But a spokesperson points out that the sub-variant doesn’t appear to pose a higher risk in terms of severe illness or its ability to bypass current vaccines. But he did acknowledge that the sub-variant shows signs of spreading even faster than the Omicron variant that was first officially identified in South Africa last November. Yesterday, Bangkok had the highest accumulation of Covid infections, at 6,641, followed by Phuket with 1,286 and Chon Buri with 1,240.

Bangkok police say they have increased security in the areas surrounding the Ukrainian and Russian embassies as tensions between the 2 countries continues. Conflict broke out when Russia threatened to avenge any move by Ukraine to join the North Atlantic Treaty Organisation, otherwise known as NATO. The ongoing tension, with Russia amassing troops at the Ukrainian border, has world leaders on edge. Kritsana Patanacharoen from the Royal Thai Police says security at both embassies and surrounding areas in Bangkok has been tightened as a result of the current diplomatic tensions. Police say they continue to monitor developments but so far do not have any concerns for Thailand’s security over the issue.

A former street food vendor in the western province of Kanchanaburi has launched a new business venture selling homemade dog food. Surachet Kangsri now makes more money from his dog food business and has stopped selling human food.Surachet says he came up with the idea when he realised customers who were buying his human food were mixing the leftovers with rice to feed their dogs. As not all recipes were suitable for dogs, he decided to branch out and come up with a line of canine-friendly street food.Now the new business has really taken off, with Surachet now making more money from his homemade dog food than he did selling curry and rice for his former two-legged customers. Initially, he was using 4 kilograms a day of ingredients such as pork and beef but that quickly increased to an average of 10 – 15 kilograms thanks to a surge in demand from local dog owners. The intrepid vendor can now make up to 1,000 baht a day, with one plastic box of cooked dog meals going for between 15 and 50 baht, depending on size. Surachet says his products can be purchased from several stalls in Kanchanaburi and online.

Despite Covid-19, tourism authorities still optimistic about this coming year