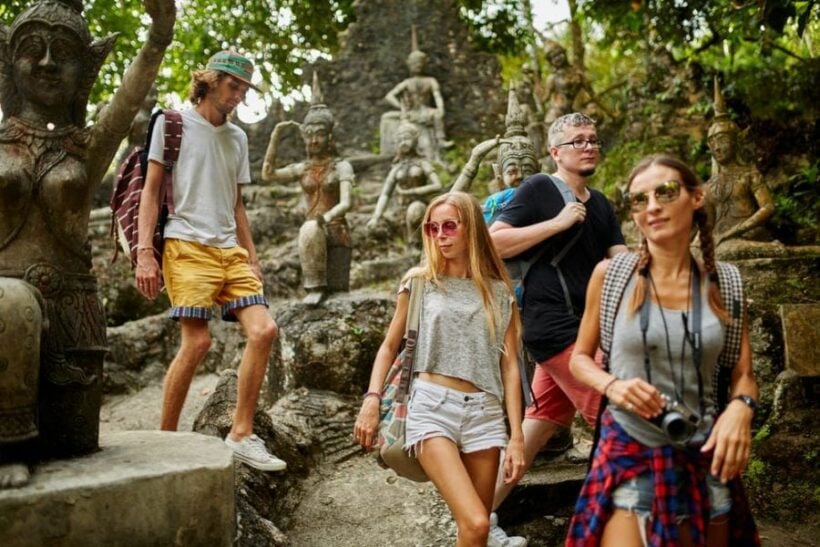 The Tourism Authority of Thailand is keeping its chin up, and has high hopes for tourism income this year. The TAT governor told the Bangkok Post today he hopes to target wealthy travellers, skilled professionals, and remote workers. The target age groups include millenials and retirees alike. He says the goal for tourism this year is to earn the country 2.4 trillion baht, 80% of what was made in 2019, by 2023.

Right now, tourism revenue is set to meet 1.28 trillion baht in 2022. The TAT says at least 626 billion baht in tourism receipts will come from at least 10 million international travel arrivals spending 62,580 baht per person on average. The TAT deputy governor of marketing for Asia and South Pacific said one population TAT is working to tap into is environmentally conscious millennials. He said another potential group that could get interested in Thai tourism is the South Korean LGBTQIA+ community, which often watches Thai gay TV dramas.

The deputy governor said in the past, movies and TV shows have inspired people abroad to visit Thailand. One example is Lost in Thailand, a Chinese movie about three Chinese men travelling in Thailand. Even though the film came out in 2012, many Chinese fans of the movie continued for years to travel to Thailand and visit places from the movie. In 2020, about 6,000 Chinese tourists a day arrived in Chiang Mai, where many of the movie’s locations are.

Maverick
Fanciful numbers , nothing new there . Unless they learn from forward thinking countries in Europe they could end up losing half (or more of next high season) people plan 6 months ahead especially families.They are desperately waiting for movement…
Fanta
I feel a bit sorry for the TAT at times. They can’t admit that the very government that funds them is largely responsible for undermining the very slim chance that the tourism industry will recover to any extent in the… yasar
If you don't make it easier to enter the country, your hopes will be dreams. I think the TAT governor is dreaming.
Ksmui
2 hours ago, Lawyers_Guns_and_Money said: I was hoping for restriction free travel to Thailand by this summer. But after watching some videos showing the arrival process, I see no sign of Thailand removing the current restrictions. Instead, what they have…