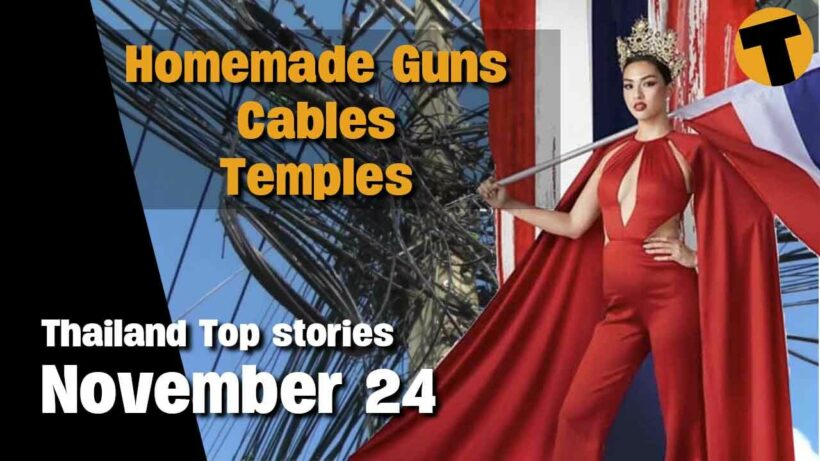 Tim Newton checks out this morning’s top stories in Thailand. PM Prayut Chan-o-cha says he wants that to change and is proposing that the National Telecommunications Commission work with relevant agencies to get communication lines underground. The CCSA has released a clarification about Thailand’s mask mandate. A man was arrested yesterday for the alleged possession of 4 homemade guns. Three people, including a temple caretaker, have now been arrested for allegedly embezzling around 63 million baht in donations from a Buddhist temple in the central province of Nakhon Sawan. Police action is being officially sought against Miss Universe Thailand Anchilee Scott-Kemmis for standing on a representation of a Thai flag.