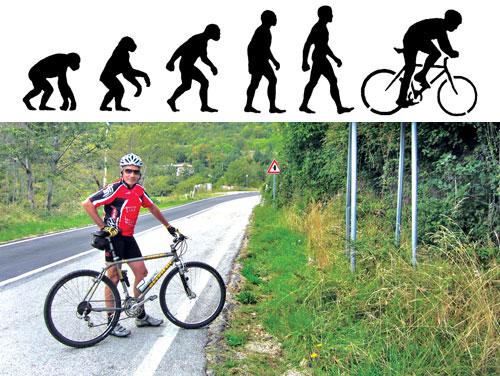 PHUKET: One of the more amusing acronyms that the current boom in all things cycling related has spawned is “MAMILS”.

MAMILS are of course “Middle Aged Men In Lycra” and if the tabloid media are to be believed, the Western world is awash with these rather dubious sounding creatures.

Certainly Phuket has not been spared this plague, as a brief foray around the island’s roads any morning will attest. The island’s highways and byways have become home to packs of Lycra-clad males, often sporting abundant graying locks or bulging tummies, doing their utmost to appear lithe and athletic, as they pump their pedals and slurp from their water bottles.

The term itself is probably somewhat in contravention of the Trade Descriptions Act as many of these healthy-looking bicycling specimens are in fact well into their sixties or even seventies, meaning that if we take the term “Middle Aged” literally, then a life expectancy of 120 to 140 years can be anticipated as a result of cycling in Lycra. This would put even Methuselah, who according to the bible was not in fact a pedal-pusher, to shame!

The MAMIL acronym also refers exclusively to MALE cyclists… as well it might. While it’s true that the female of the species is certainly partaking enthusiastically in the global embrace of cycling, generally she does so with considerably more sartorial aplomb and dress sense than the male Lycra louts – with whom, embarrassingly, she is often forced to share the road.

What has brought about this flight to Lycra, other than the very obvious attractions of sweaty body-hugging material next to one’s skin, a well-padded bottom and a tumescent, bulging cod piece?

Brightly colored Lycra has become a uniform of bonding and recognition amongst men of a certain age who enjoy cycling, and all joking aside, it does indeed have many advantages when out on the road, facilitating freedom of movement and ventilation, as any Phuket-based “pedal-phile” will confirm.

The global bulge in the Lycra market has, of course, been driven by those selfish “baby-boomers”. This is the annoying generation that, not satisfied with reinventing sex, music, fashion and the media to meet its own ends, now refuses to just go away and age gracefully like previous generations and instead still desperately attempt to cling to their youth and feel entitled to constantly be the center of attention. This is an important key to understanding the rise of the MAMILS and their almost manic focus on exercise, good diet, social engagement and a balanced lifestyle – all in pursuit of an enduring youthfulness.

Rawai-based osteopath Garnett Symonds, himself an enthusiastic MAMIL, says, “As they have reached retirement age with more time on their hands, plus an abundance of internet-based information and a desire to extend their years of healthy living, many men in Phuket have adopted cycling as one of the healthiest forms of exercise for the aging body.

“Cycling gets you outdoors, often in a sociable group situation and can be enjoyed for long periods without stressing or injuring the body,” he says.

Garnett’s piece of wisdom should perhaps be tempered, at least in the Phuketian context, with Mark Twain’s famous quote: “Get a bicycle. You will not regret it… if you live.”

Dr Sayam Hanpiphat, who specializes in physical medicine and rehabilitation at Bangkok Phuket Hospital is also a keen cyclist and explains that there are enormous mental and psychological benefits to becoming a MAMIL.

“We now know the human brain responds to regular aerobic exercise such as cycling by producing a flood of opiate-like ‘happy chemicals’ such as dopamine and beta endorphins that elevate mood while enhancing sleep and relaxation. In addition, cycling is very often a group activity which promotes sociability and bonding – which are inherently beneficial.”

My good friend Claudio Vianello, with whom I have just been cycling in Italy, spent much of his early life flying attack helicopters over Vietnam and subsequently jumbo jets around the world for American Airlines. Now 71 and settled near Kata, he is a classical example of the modern MAMIL – being an exceptionally fit cyclist and international-class skier for his age group. Claudio says: “Cycling around Phuket has become an absolute passion for me and if I didn’t rack up my 300 or so kilometers a week in Lycra, I’m not sure what I would do with myself.”

A major meeting point for many of Phuket’s Lycra louts is that temple of health and fitness – Thanyapura Sports & Leisure Club – which was developed by another arch MAMIL Klaus Hebben, himself an exceptionally fit and gifted sixty-something Iron Man.

Each morning you can see a large peloton of Lycra-clad cyclists hammering out of Thanyapura to put in their training klicks. Many members of this group, such as world Ironman legend Jürgen Zäck, are internationally famous and all of them are exceptionally fit and healthy; not a few are well into their fifties, sixties and even seventies. They stand as a highly inspirational testament to the immense health benefits that wearing Lycra (and possibly just a bit of physical effort) can lend to us all.

Hats off to the PIWC