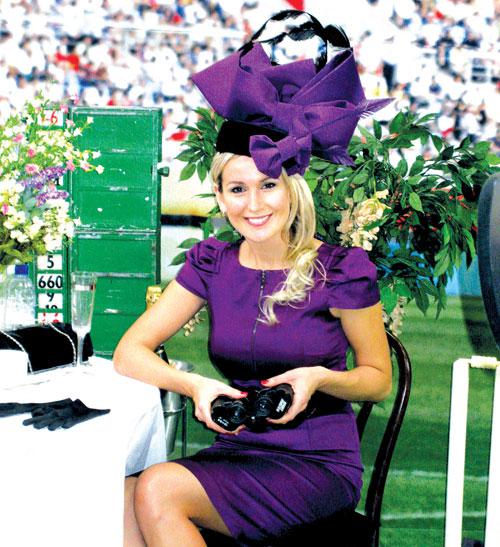 PHUKET: While Australia’s Melbourne Cup is regarded as one of the great horse races of the world, equally important is what goes on off the track. And it’s all to do with fashion – or more particularly, the hats.

The focus of this colorful extravaganza is known as Fashions on the Field, a tradition at every function that celebrates this great event, even here in Phuket.

When the Phuket International Women’s Club (PIWC) holds its second Melbourne Cup Party this year on Tuesday, November 5, fashions and hats will be very much to the fore.

The whole concept of hats at race meetings began at the turn of the last century in Britain during the reign of King Edward VII and Queen Alexandra at the famous Royal Ascot carnival.

Hats, and attaching flora and fauna decorations to them, was all the rage and this fashion became a launching pad for society. Royal Ascot was the beginning of the “season”, that time of the year when introductions to potential partners got underway at high society functions.

One commentator wrote that the hat adornments symbolized “money, power, and sex”. Then along came what are known as “fascinators”, a boisterous new fashion of head decoration where a garland of mainly feathers and ribbons was attached to the hair rather than worn like a hat.

Believe it or not, there has been a raging debate about which is the most appropriate to wear at big occasions such as the Melbourne Cup.

In England last year, new rules were introduced banning fascinators from the Royal Enclosure at Royal Ascot. Wear a hat or we won’t let you in!

The rules are not quite as strict in Phuket, where both are welcome, but fascinators seem to be winning the day.

Within the groups in the Phuket International Women’s Club is one known as the So&Sos, led by member Maggie Hunt, which is busily in fascinator-making mode as the big day looms.

“One of the group is a qualified milliner so that helps a lot. Some of the creations last year were stunning,” said Sue Arnulphy, the event organizer.

“While the PIWC raises funds for scholarships for underprivileged children in Phuket, we do our best to make our events fun and great social gatherings for our members and their partners and guests.”

The PIWC’s Melbourne Cup Party will be held at Underwood Art Factory on the bypass road, beginning at 9:30am. The “race that stops a nation” starts at 11:00am.

Tickets cost 2,000 baht – which includes three free drinks and lunch. There will be sweepstakes, lots of prizes to be won and, naturally, Phuket’s own unique version of Fashions on the Field.

The evolution of Phuket’s MAMILS