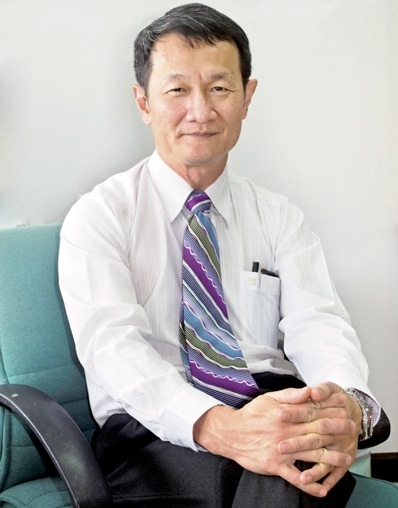 PHUKET: DR Wiwat Seetamanotch has a quick analytical mind, matched only by his quick actions. He hardly ever leaves things undone and there seems to be no ‘pending’ tray on his office desk.

Perhaps this explains why crisis management appeals to him, and why, in terms of personality at least, he appears to be the best man for the job.

As deputy chief of Phuket Provincial Health Office (PPHO), the fifty-three-year-old doctor was the brains behind the installation of Phuket’s first Disaster Medical Assistance Team (DMAT), a group of medical and technical personnel trained to deliver urgent medical treatment to people injured during a crisis.

The event that led Dr Wiwat to this field was none other than the 2004 tsunami when, while working at the PPHO and as director of Thalang Hospital, he witnessed how woefully unprepared Phuket was in terms of emergency medical assistance.

After the tsunami, Dr Wiwat went for disaster preparedness training in Sweden, Australia and Japan. He was most impressed by the Japanese model, which he thought could be adapted to suit situations in Thailand.

“Japan experiences about one-fifth of the world’s earthquakes and as such has a well established crisis response system. The Japanese people are great at improvisation and have an excellent, workable model.”

In 2008, Dr Wiwat set about developing Thailand’s first DMAT based on the Japanese model. Dr Wiwat built a capable team that included doctors, nurses and electrical and IT technicians. He even got the Thai Air Force involved and its personnel were trained in air evacuation techniques.

The Phuket DMAT are now able to deploy, move and set up a makeshift hospital in a matter of hours. They are also equipped to operate using their own generator and radio equipment.

The true ‘test’ came in 2010 when Had Yai was hit by the worst floods of this century. Dr Wiwat’s team moved in and was lauded as by the national press.

The Phuket DMAT team also took part in medical assistance operations during the mudslide in Krabi and the prolonged flood in Ayudhaya last year.

Despite the success of Phuket DMAT, Dr Wiwat never rests on his laurels and the system, he says, is subject to constant revision and improvement for its eventual application on a national level.

In his own words, Dr Wiwat is ‘hyperactive’ and it would be wrong to assume that DMAT is his only achievement.

“I am an analyst, I am constantly assessing crises.”

His ongoing work includes helping transport police identify the cause of injuries and death in traffic accidents and working out solutions to help reduce them.

Dr Wiwat’s bonhomie means that work never bores him. “I love my work,” he admits, “and although I am a doctor, I think like a scientist. It’s fun digging around to find solutions to problems.”

While Dr Wiwat is having fun with his crisis management work, one thing he would like to see happen in his lifetime is support for Phuket people with disabilities and their caretakers. This, he says, is a project that is close to his heart.

For Dr Wiwat, that means: assessing situations, designing response packages, inspiring others to get involved and stepping back to monitor from a distance.

“I see myself as the water in a mixture of sand and gravel that eventually turns into concrete. From that lowly substance, perhaps beautiful temples can arise,” says the good-natured health officer.

Dr Wiwat is married to Khun Surangsri, a medical researcher. Together they have three children.

The individuals profiled in “Thai Gallery” are chosen on the basis of their contributions to Phuket as an international community, and, often, for having made those contributions through successful social and/or working relationships with foreigners. This implies some foreign language skills and an interest in interacting with different cultures. They are people who in our experience help make the lives of expats far more enjoyable here than might be the case without them.

First Person: The merit in being an organ donor