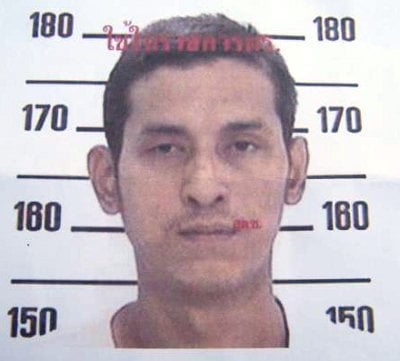 Surasak was arrested this morning in Chumphon province while heading to Samut Sakhon province, near Bangkok, to see his relatives, one officer told the Phuket Gazette.

Surin allegedly drove the motorbike used in carrying out the botched bag-snatch attack that ended in Mrs Smith’s fatal stabbing.

“The two men confessed that after stabbing Mrs Smith, they left their motorbike at the ‘Phuket Bypass Garn Yang’ [car tyre dealership] on the morning of [Thursday] June 21,” said one officer, who declined to give further details.

Both Surasak and Surin are being transported to Phuket to face charges, but have yet to arrive on the island, the Gazette was told.