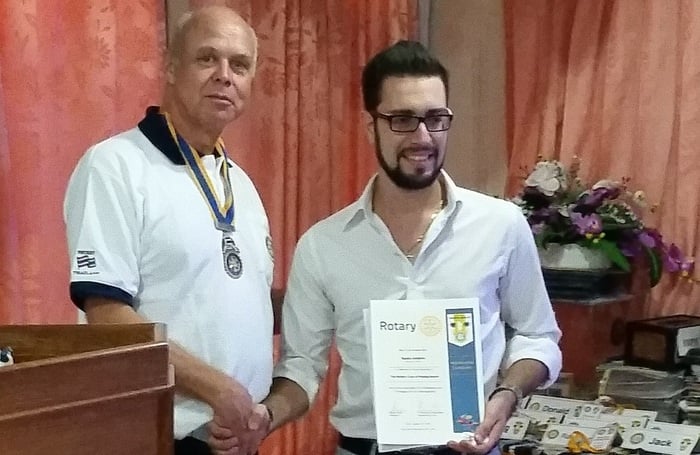 PHUKET: The Rotary Club of Patong Beach (RCoPB), Phuket’s only English speaking Rotary, is re-energizing its participation in the community and aiming to firmly debunk the image of Rotary as for older men only.

We are doing this in two key ways: by actively aiming to increase the number of female members and by attracting younger members who can inject new ideas and perspectives.

An RCoPB membership survey last year showed that of our 34 members, only four are women and that our average age is, well, let’s just say in the more ‘mature’ bracket.

However, each statistic has a historical context that is explained through Rotary’s worldwide membership.

Fact One: Females were not admitted to Rotary until 1989. But since then, female membership has skyrocketed and the first Rotary International woman vice-president was elected in 2013. Rotary has come a long way since a 37-year-old Chicago lawyer, Paul Harris, founded it in 1905 as a purely businessman’s club.

Fact Two: Age brings wisdom, time to do things, maturity and experience (the average worldwide age of Rotarians has remained steady at 58 for the last two decades). Wisdom, maturity and so forth, are nothing to be ashamed of. There is plenty of it in the RCoPB.

But every organization needs new blood to generate new ideas, energy, enthusiasm and knowledge. The RCoPB is very open to this proposition.

Locally, the RCoPB survey showed that 81% thought community involvement was the main reason members joined Rotary, and that 85% considered local service the most important. Without such high commitment by its members, the RCoPB’s existence as a Phuket service organization would be meaningless.

Our survey showed commendable introspection. The natural correlation is that if we can adapt internally, our service to Phuket will improve accordingly.

It’s not about changing our ‘brand’. We are the Rotary brand that garners huge respect worldwide. This is why the RCoPB was chosen by so many donors after the 2004 tsunami, because they trusted us to get the job done.

It is about leveraging off a combination of female members and young members working alongside a group of dedicated, more ‘mature’ members, under the leadership of our current president Walter Wyler, and propelling our club forward to further expand our contribution to the Phuket community.

We will make this vision a reality through our existing projects in education, the environment, emergency relief, small infrastructure development and an outreach to the Phuket community through more active participation in events and articles such as this.