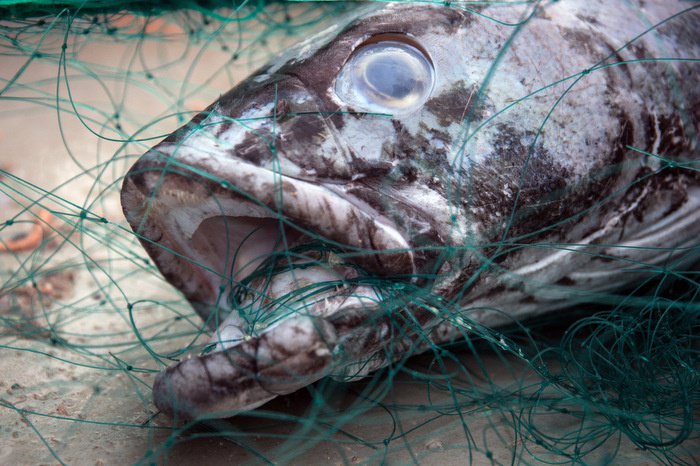 PHUKET: An illegal, unreported, unregulated (IUU) toothfishing vessel that was seized in Phuket in March slipped through officials fingers this week.

“The ship is gone,” said Charoen Chamniklang, the Thai Customs Investigation and Suppression Bureau (ISB) team leader. “It just disappeared in the blink of an eye.”

The Royal Thai Navy held an emergency meeting yesterday to determine what action should be taken. Its recommendations were sent to the Thailand Maritime Enforcement Coordinating Center (THAI-MECC), confirmed a high ranking Third Area Command Navy officer, who declined to be named.

The ship, which recently had its name changed from Kunlun to Taishan, was apprehended in Phuket after it falsely reported offloading 182 tonnes of illegally caught Patagonian toothfish, valued at 179 million baht, as 182 tonnes of grouper, valued at just 15mn baht (story here).

The Peruvian captain, Jose Alberto Zavaleta Salas, and South Service Co Ltd, which managed the cargo, were fined 51,000 baht by the Customs Department in June. The case was then passed over to the Marine Office for further charges to be levied.

“Thai authorities have used the country’s national laws to keep the Taishan in port. However, given the limited application of the law to international fisheries crimes, the vessel was subsequently reloaded with her catch and was kept at anchor for the past five months,” Sea Shepherd Global Conservation Society stated in a press release.

Leaders of the 2014 Operation Icefish campaign, a Southern Ocean defence initiative run by the Sea Shepherd, warn that there is now a high risk that the illegal cargo of toothfish will be sold on the black market and that the poaching vessel will return to Antarctica.

Captain Peter Hammarstedt and Captain Sid Chakravarty of the Sea Shepherd have called on Australian and New Zealand authorities, as well as relevant international enforcement agencies, to ensure the missing Interpol Purple-listed toothfish-poaching vessel does not completely disappear after going on the run.

“When we criticized Australia and New Zealand for not arresting the Kunlun [now Taishan] at sea, authorities in those two countries assured the international community that the most effective tool in the fight against these poachers was port state controls,” said Capt Hammarstedt, the Chairman of the Sea Shepherd Australia. “As the Taishan has now escaped from Thailand with its illegal catch in tow, we are seeing this blunder for what it really is. If the vessel had been arrested by Australia or New Zealand, the catch would never have been returned. Instead, Australia and New Zealand’s unwillingness to arrest the Kunlun [Taishan] and seize its catch at sea has allowed this poaching operation to continue and to profit from its crimes.”