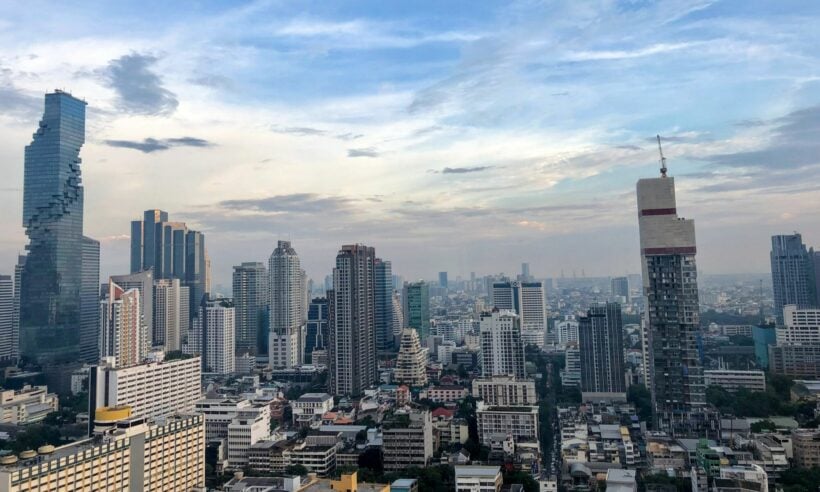 Real estate developers in Thailand should brace themselves for a post-pandemic boom, despite the current inflation and higher development prices, economists say.

After a 2 year slowdown during the pandemic, Thailand will enter a new economic phase from 2022 to 2024, according to Bangkok Bank’s Senior Executive Vice-President Kobsak Pootrakool in the Bangkok Post.

“We are getting close to the end of the tunnel. It is a transitional period with fluctuations. If we can make it through, we should be able to ride Asia’s economic growth wave, which can be prominent in the global economy after 2024.”

Thailand’s rate of inflation is low compared to other countries, and it’s expected to stay that way until the second half of the year.

Oil prices have led the inflation, which will impact the price of real estate development, while the prices of building supplies have increased significantly since last year.

“Before the crisis ends, which will bring a post-pandemic boom, developers should grab an opportunity in the final stretch.”

“They should digitise and improve their business, reduce costs and lock in interest rates for financial costs.”

The problems in the next stage will be different from the previous 2 years, he says. They include a change in the international trade and financial system, geopolitical tensions, technological change and increased rivalry in the so called “Asian Century.”

The Thai economy saw promising signs at the end of 2021, with improved indexes on major drivers such as manufacturing, exports and industrial investment — but not the tourism industry.

“The new Omicron variant will likely ease by the end of next month because of mass vaccination… It’s time to reinvest in the property sector.”

For the next 2 years, the Thai economy should grow, with tourism being the primary driver and a rebound expected by the end of this year.

“A target of 5 million travellers this year is possible, with the potential of reaching 20-25 million next year.”

Dedinbed
12 minutes ago, Thaiger said: “We are getting close to the end of the tunnel. yea yea whatever , just watch you don't get run over by the train coming from the other direction ..

Thommo
48 minutes ago, Thaiger said: Real estate developers in Thailand should brace themselves for a post-pandemic boom, despite the current inflation and higher development prices, economists say. After a 2-year slowdown due to the pandemic, Thailand will enter a new…

Thailand developer Sansiri to focus on low-end, affordable apartments in 2022