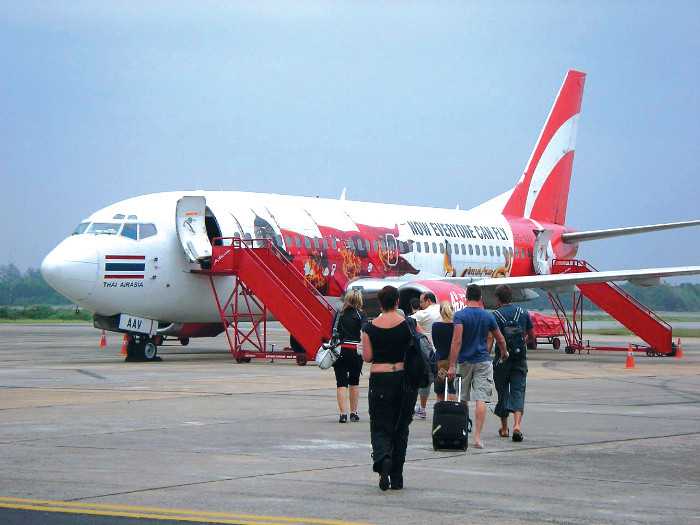 PHUKET: While many of Thailand’s resort destinations think they are immune to what happens in Bangkok, the reality is that they are sadly mistaken.

There is little doubt that the events which played out in the nation’s capital had a profound impact on tourism. Be it from martial law or the globally publicized curfews, there has been fallout in the numbers game.

As Samui’s tourism path has been somewhat different than Phuket’s over the past few years, given access challenges and a considerably smaller development pipeline, the market has been able to perform extremely well at the upper tier and in luxury segments.

The fact still remains, though, that these segments are also the most sensitive to volatility. They comprise of upscale travellers, and political impacts often scare away the martini set.

The lead indicator for the island remains airport arrivals, which for the first half of 2014 saw numbers only slightly up compared to the same period in the previous year. International visitors were up by three per cent as the domestic segment dropped to one per cent negative growth.

One profound change is that Russia now commands the top spot for overseas visitors, claiming the
crown from long-time legacy market, Germany.

It’s interesting to note that China has not penetrated Samui in the same way it has other destinations in the country. Part of this is the airlift constraint, though increasing numbers of Mainland Chinese are flying to Surat Thani on AirAsia and coming across on boats. Though China leads the fastest growing Asian markets, it is not in the top five source markets. Recently, direct flights three times a week between Kunming, China and Samui came into service on Lucky Air, which is majority owned by Hainan Airlines.

Market-wide, hotel occupancy rates decreased in H1 to 70 per cent, though one positive sign is that properties across all tiers were able to push rates up. This was most prevalent at the luxury tier which drove RevPAR up. Looking at the geographical performance, the Lamai area commanded the best numbers.

Talking about incoming hotel supply, conversions and renovations are starting to creep into the storyline. The Imperial Samui Beach Resort is being converted to a Sheraton on the heels of an upgrade. Also the Buddy Oriental Hotel, which was acquired by a private equity firm, has become part of the boutique Manathai chain. On an overall basis, there have been only a handful of new hotels announced, including the Sofitel So, Moevenpick, and Prana.

Samui has always had a large base of non-traditional hotel accommodation, especially in the villa segment. Two residential-led hospitality offerings on our radar is the yoo-designed The Beach project by Absolute and YTL’s Kasara Koh Samui.

Speaking to hoteliers across Samui, they hope the sudden impact of May’s events to be a simple one-off event, though it did derail numbers in August – the island’s high season. Expectations remain similar to Phuket in that a gradual easing will take place before year’s end, and increased global attention to the country will remain strong while stability calms the market.

On the positive spin, Central Festival Samui – another retail complex by Bangkok’s Platinum Group – will debut by year’s end. Tagged as The Wharf, it’s in a prime location in the key tourism area of Bophut.

As Samui tourism continues to develop, a broader offering and more diversity in location is
expected. While 2014 has been a challenging year for Thailand, the ongoing reforms look to be setting the stage for a return to growth in 2015 and beyond.