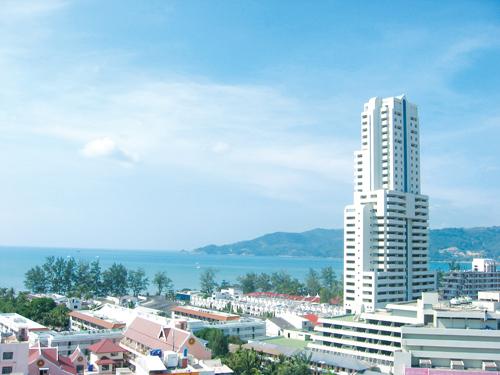 PHUKET: I thought not once, but twice about putting the word gun into the title of this article, but why not? Live vicariously. Guns and real estate, now that’s an entirely different story altogether.

Slowly stirring brown sugar into my inaugural morning café latte, the sound of small talk is in the air. Forget that toxic mock sweet stuff, I need the real thing. But going back to flying bullets, deals gone bad always rank in the top-10 lists of Phuket’s unsolved murders.

Yet somehow, someway we have strayed from the subject at hand – that being the volatile market value of property. Boxing things up in neat little packages is an ugly necessity of the biz. You can’t have a table littered with all manner of junk, now can you?

There are typically two segments of Phuket housing. Domestic grade, and what is often times referred to as ‘resort grade’. In technical terms, a tier system is applied – much like a hotel rating standard: grade A, B and C.

Beyond that, it becomes a scary business, leading you out the back door on a journey of no return.

Once upon a time, a decade or so back, domestic properties lined the highways and byways of town, attracting local residents, with some exceptions. Upscale expatriate-oriented properties hugged the shoreline. It wasn’t property apartheid, more a matter of living preferences.

Gradually, projects stuck their toes into both camps, Land & Houses and the multi-numbered Villa branded estates spring to mind. Slowly the tribes merged, though for the most part, domestic grade was the domain of Thai-led businesses and the most expensive resort grade was tapped into by foreign entrepreneurs. At the top of the market boom, Laguna Village was a leading example of mass housing aimed at overseas buyers.

These days the lines have merged and the past seems so distant that you’d have to undergo hypnotherapy just to recall the idiosyncrasies of just what exactly is long gone. After years of firmly being off the radar of mammoth Thai-listed property developers, the tables have turned. The boys from Bangkok have arrived with a vengeance and an insatiable appetite for more.

Don’t get me wrong; this is not entirely a bad thing, as the island needed a reality check toward value offerings and affordable housing. Bangkok developers who have economies of scale, integrated teams offering design, construction and sales, can offer a cradle to the grave experience. More so western prefab building techniques now mean faster and cheaper properties.

Unfortunately, for past purchasers of resort grade real estate who have viewed their homes as long-term capital appreciation machines, the trend is not favorable. Pricing points and sizing have without a doubt come down and the supply of new estates is again soaring.

Yes, the world changed during sub-prime, and the age old rule that a house was like an ever-growing Jack in the Beanstalk bank account. Negative equity in western properties is so often the case in the US or markets like Spain, that it’s hard to do anything but yawn when talk turns to distress.

Many investors who bought when demand far outpaced supply, are facing the ugly reality of depreciated property values. Hopeful optimists often wax poetically about a return to the good old days but a permanently changed world has created a disconnect.

As in all things, looking deeper into the state of play, an unlikely hero has emerged in the Thai baht. For buyers who bought years ago when the exchange rate was well above US$1 to 40 baht and higher, today’s sub 30 baht rate means if a property is sold they can claw back profit on the exchange gain.

Of course this is an anomaly of foreign exchange and you only gain if and when you sell. For those intent on holding, the future of market values holding is more hazy than a Beijing morning.

Cyclical market maturity and more institutional-scale development is rapidly changing Phuket’s property market forever. While the hooded apparition holding a gun to the head of pricing is likely going to stay the course, it’s still too early to tell if the firearm is loaded or not.