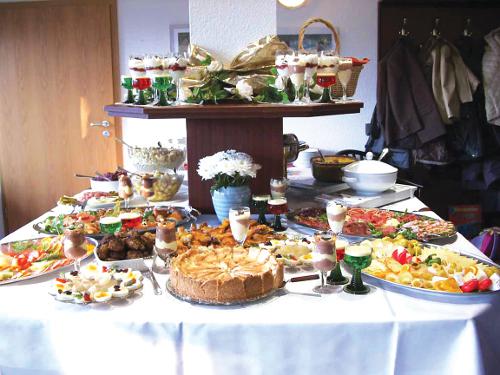 PHUKET: Exclusive or inclusive? For the hospitality industry, the burning question about all-inclusive resorts is becoming a hot global topic once again. You need to go back no further than the dawn of the global financial crisis and the surge in the consumer class to test the theory of value added sales propositions.

If you wind back the clock to the 1950s, the birth of the all-in-one vacation can be traced back to the founding of Club Med where a single tariff paid for the bed, food and beverage and all the activities a traveller could want. No more digging into the wallet each and every time you wanted to move from your mat on the beach. More importantly, the concept of knowing in advance exactly what the vacation was going to cost caught on quickly.

It’s interesting to view the entire one-size-fits-all packaging which caught on in the hotel and restaurant business in terms of buffets which operated on a similar concept of single pricing. Back in the 1960s in the US, the food service business took such offerings to heart and the institutionalized concept took off.

But the hotel business, which is where we started Club Med, had over time evolved from what had been a simple deal driven product, and moved sideways in the 1970s to attract a young, single market. The properties which probably became the launching pad for what we see at today’s party palace beach clubs took the entertainment theory far and wide. Slide up to the bar, and use beads (no money needed at the club) and hook up with like minded individuals.

All inclusive hospitality grew across the world – Southern Europe and the Mediterranean, the Caribbean and South Pacific. Further niches developed into venues for romantic couples and in time, the entire concept took to the deep blue sea and pushed its way into the modern cruise industry where breakfast, lunch and dinner is only an entrée to endless offerings 24 hours a day.

Eventually Club Med did not keep up with the times, where a greater emphasis was placed on product versus experience. Yet here in Asia over the years, the concept has pushed its way into a deeper regional market and in fact has prospered when compared to other areas of the world. These days, Club Med has Chinese co-ownership and has undergone a new strategy as the East becomes the new West.

What many hoteliers don’t understand is that the Club Med model at the best of times is very strong fundamentally. While packages are priced per person, in fact average rates in many cases exceed that of other hotels given the multitude of couples or families. Distribution for sales is largely done in house with guest traffic in many resorts hitting 60 to 70 per cent of customers booking through the internal network. In the day and age when OTAs (online travel agencies) are commanding premium commissions, the ability of Club Med to rely on internally-generated business is a significant cost savings.

Over the past year, we have seen Club Med push into new projects like ski resorts in China and other active locations. At the same time, other resort areas are seeing an emergence of the all-inclusive concept. On a recent trip to the Maldives, I spoke to a number of hoteliers who were introducing operational programs which had been receiving strong bookings including those offering premium drink packaging. What is the key selling proposition remains intact and there are guests who still like to lock in the cost but are happy to pay for better products.

Within the travel sector, Hyatt Hotels last year announced new ventures in Mexico and Jamaica, branded as Hyatt Ziva and Hyatt Zilara and aimed at different segments. The group is working hard to reinvent the concept, despite a good number of European-based chains who are offering somewhat cookie-cutter experiences. While interest is growing, the jury remains out if all-inclusive will again capture a broader customer base in the age of TripAdvisor and the growing number of travellers who want to experience unique getaways.

In Phuket, there is little doubt that Club Med remains one of the most successful hotels on the island. You have to remember that in the 1990s the Laguna Beach Club (now an Outrigger) was operated under a similar concept by Pacific Islands Club. Also Twin- palms experimented with the theme at Baan Yamu a few years ago. Still, in the age of same sameness, there is a lot to be said about knowing the cost of your holiday before you even start packing.

Bill Barnett is the Managing director of C9Hotelworks. he can be contacted through C9hotelworks.com