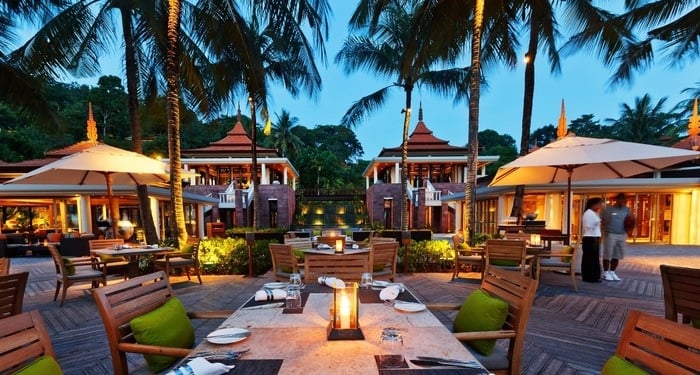 PHUKET: Montara Hospitality Group, owner and operator of Thailand’s ultra-luxury resort brand Trisara is set to increase its presence on Phuket in a bid to capture emerging markets while also expanding locally and abroad for the first time.

“More private villa hotels and luxury residences have been opened on Phuket island and that has brought even tougher competition. Many players are likely to continue facing challenges as arrivals from traditional markets, particularly from Europe, Russia, and South Korea, continue slowing,” said Kittisak Pattamasaevi, the group’s vice president of sales and marketing.

The group, however, believed that many high-spending tourists would remain travelling to the island. One of the fastest growing markets, which is becoming a huge portion of the market, is mainland China.

To capture this emerging market, the group has turned its focus to young and affluent Chinese visitors as a replacement for slowing markets.

Wealthy Chinese tourists are expected to contribute to Trisara’s growing base of royalty customers in the upcoming decade. Furthermore, existing markets including Hong Kong, Singapore, and Australia remain key sources for Montara.

It currently operates two properties on Phuket and expects to announce new additions to its select portfolio soon. Each property has set its business strategy and marketing direction.

The 11-year flagship property Trisara Phuket, consisting of 39 villas and 21 residences, is offering a special deal for the current low season until the end of this year, with a 30-per-cent saving on seasonal rates plus a one-time credit of 3,000 baht per room per stay for spa treatments, food, non-alcoholic drinks and on-site resort excursions.

The average rates for its villas and residences are 26,000 baht and 96,000 baht per night respectively.

Trisara Phuket will undergo a major renovation that is expected to start in the low season 2016.

According to Mr Kittisak, the group is talking with partners to develop a new Trisara property, which would be located four hours by plane from Bangkok. No other details are available at this stage, but it would be the first addition to the Trisara brand alongside the flagship Phuket hotel.

Aside from Trisara, the group also operates the 26-year-old Boathouse by Montara at Kata, which Montara acquired four years ago. The 38-room hotel has been renovated and now focuses more on the young and beach-goers.

The group also offers management and consultancy services to owners of local private properties and islands.

Moreover, the group recently opened a training facility, the Trisara Academy, to provide training, internships and workshops tailored to aspiring hospitality professionals as well as resort owners and senior management.

Mr Kittisak said the group created its new corporate brand, Montara Hospitality, in 2014 with the aim of providing hotel management and consultancy to individual hotels in Thailand and abroad that was underpinned in large part by the strength of the unique Thai hospitality.

Last year, the group earned 600 million baht in total revenue. Of that, 450mn baht came from Trisara and 150mn baht from the Boathouse.

The group aims to increase its revenue by 10 per cent this year and next year.