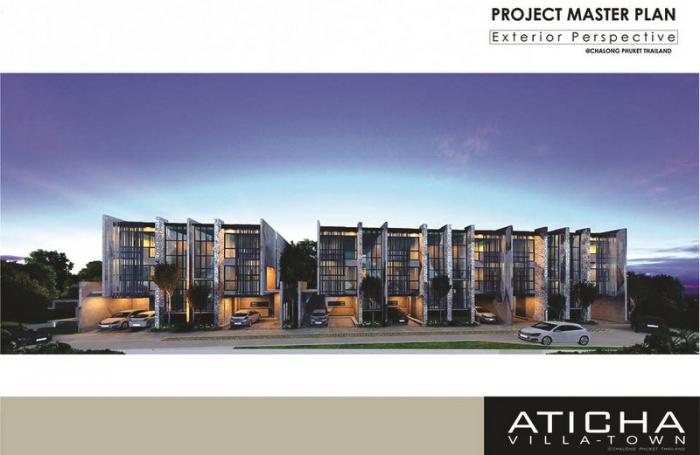 The project will be called Aticha Villa Town, and will be suitable for residents who want to live in Phuket in a modern, loft-style villa, close to the amenities of urban living, but within the atmosphere of a holiday home or villa. Each property will feature a private pool.

The company says that the target market for the new project is expats living in Phuket. The villas are located near Chalong Circle, which is a “high security” area.

Ms Wanthiwa stated that a total of seven villas are being constructed, each three storeys high, with an additional ‘roof floor’ that is part of the new concept.

The smallest property (128 square meters) will cost about 9.8 million baht, whereas the largest one (192 sqm) will be priced at about 11.6mn baht. The latter will consist of three bedrooms, four bathrooms, a living room, an office space, a kitchen and a private parking area.

These properties are designed around the ‘minimalistic’ design concept, which is “rare nowadays”, the company revealed. Construction is in progress and is expected to be completed by December.

Light up your bathing experience