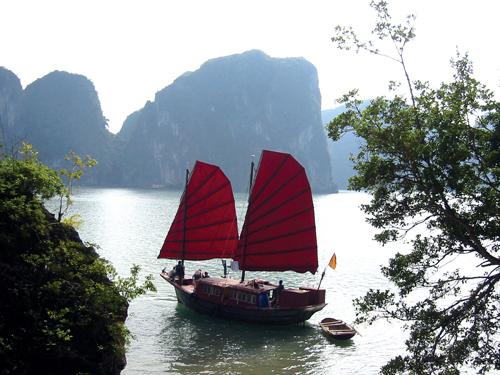 PHUKET: In the 1930s, the Thai government used the Andaman island of Tarutao as a prison to incarcerate the country’s most undesirable criminals. When the Japanese Imperial Army brought the Second World War to the footsteps of the kingdom in December of 1941, the Thai government under Field Marshall Phibun Songkram sided with the invaders against the allied forces (click here for article of Thailand’s paradisal prison).

To a certain extent Phibun admired the Japanese and sympathized with their cause. In return for Thailand’s friendship and cooperation, the Japanese had promised to return Thai territories that had been seceded to Britain and France during the late 19th century. When British Malaya fell to the Japanese invaders in 1941, four Malay states, Terenganu, Kedah, Kelantan and Perlis, which used to be under Thai dominion, were returned to Thailand as promised by the Japanese.

Most of the information hereafter is based on a book written by Pongpol Adireksarn, a well-known Thai politician and author of several novels based on Thai history. Better known amongst westerners by his pseudonym Paul Adirex, in 1994 Pongpol wrote a book called The Pirates of Tarutao, based on actual events that happened in the penal colony during the Second World War.

From 1942 onwards many allied prisoners of war were imprisoned on Tarutao Island on orders from the Japanese. Before the war started, food and supplies were regularly shipped to Tarutao from the mainland to sustain the prisoners and the wardens. When war broke out the British navy aggressively blockaded the Malay Peninsula, sinking any ships that dared to deliver supplies to their enemy. As the war dragged on supplies on Tarutao Island began to diminish. Food and medical rations were reduced. Prisoners of war, common criminals and wardens, began to starve alike. The prison system soon began to break down.

During that time there may have been more than 10,000 inmates detained on Tarutao Island. According to Pongpol many high profile political prisoners had already been removed from the island and transferred to Koh Tao in the Gulf of Thailand, for fear that they may be liberated if the British captured Tarutao.

Out of hunger and desperation, the remaining prisoners took to begging from boats that carried supplies past the island. Guards and inmates were on their own fighting for survival. The number of deaths from starvation and malaria continued to grow day by day.

As the situation continued to worsen and it became clear that simply begging from passing boats was not going to sustain them for long, several inmates banded together and turned to piracy. Initially the inmates attacked boats in order to steal food and medical supplies.

But when it became apparent that the naval powers were too busy fighting each other to safeguard the high seas, the pirates became more audacious and violent. Many more inmates and even prison guards took to piracy. Soon they began to attack ships indiscriminately, stealing all the cargo that the vessels carried. The prolonged war had carved out a huge black market for goods that were in short supply all over the region. As they attacked the passing vessels, the pirates would plunder them of their valuable cargo. Often they would murder the passengers and crews. The boats were then set on fire and sunk to the depths of the sea.

The beautiful landscape of the island; coasts, estuaries, creeks, rivers and narrow channels served to conceal the deadly marauders. According to reports from passing vessels, travellers soon began to fear for their own safety when passing the archipelago as vicious rumors of pirate attacks began to spread throughout the region. Ships that traveled between Penang, Satun and Kantang were vulnerable when they came close enough to Tarutao Island. The pirates also began setting up land bases on Langkawi Island, just south of Tarutao, using motorboats as well as sailboats to intercept merchant vessels.

The war in the Pacific ended in September 1945. After Japan surrendered to the allies, peace returned to the high seas and blockades were lifted as Malaya and Singapore returned to British rule. During this time several merchants in Penang began to lodge complaints with the British Navy about the unabated piracy problem in the Andaman Sea.

Between December 1945 and March 1946, the British Navy launched a large-scale operation to clear the Strait of Malacca of its pirate infestation. At first the British simply used patrol boats to accompany merchant ships along the trade route. But they soon began to actively intercept pirates on the high seas and engage them. British efforts soon drove the pirates back to their bases on Tarutao and Langkawi Islands. In March 1946 the Thai and British navies conducted a joint operation and raided the penal colony of Tarutao.

According to Pongpol, three warships and over 300 troops stormed Tarutao Island in order to arrest the inmates and prison guards that were suspected of piracy during the war years. The raid turned violent and many pirates died in the ensuing fight.

When the joint British-Thai forces managed to secure the island again, order was restored and the inmates were returned to their former prison conditions. A new prison governor was also appointed to manage the prison. The penal colony would survive for another year or so.

In 1947, the Tarutao penal colony was formally closed down. For decades after that the island would remain deserted. The thick tropical forest soon grew to assimilate the prison facilities, the cells, the offices and the kitchens. It would be years before backpackers would venture out to find Tarutao Island again, and put it on the tourist map. By then most of the physical evidence of its horrific past had been erased by nature, leaving behind a clean slate to start over for what would become a very different future for Tarutao Island.