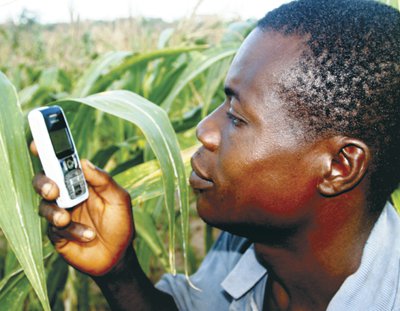 PHUKET: In last week’s Live Wire, I talked about the recent “3G auction,” wherein AIS, DTAC and TrueMove each acquired three of their own channels near the 2.1 GHz frequency, for delivering 3G services. The auction, plagued by delays, infighting, legal drama, bureaucratic wheel spinning, political machinations, and an unknown amount of tea changing hands, has finally brought legitimate HSPA/HSPA+ (“3G”) services to Thailand – the last country on Earth to get officially sanctioned 3G.

I’ve been saying for years that Thailand will probably get 3G just about the time the rest of the world gets 4G. And that’s exactly what’s happened.

I spent most of the past month in the US, and the pace of LTE (“4G”) proliferation is breathtaking. Every cell phone service provider, except Sprint/Nextel, is heavily advertising and bragging about its 4G service. You can look anywhere in the US and see ads saying either, “4G is here,” or “our 4G is coming soon.”

Mark my words. In Thailand, we’re going to see a similar, rapid shift in consumer demand as soon as 4G service materializes. Nobody – at least, nobody who can afford a new phone or tablet – will be satisfied with 3G. They’re going to want 4G, even if the service is horrible.

Sprint/Nextel, once one of the largest cell phone network providers, has been caught flat-footed. Verizon, the largest US carrier, started rolling out 4G in December 2010. AT&T, the second largest carrier, has been clocked with the fastest 4G speeds in many locations in the US, although its network isn’t as extensive as Verizon’s. Sprint bet early on a technology known as WiMAX, and it’s since sunk to the bottom of the pile.

Apparently unwilling to commit to LTE, Sprint’s currently in very bad shape financially – so bad that they’ve committed to selling 70% of the company to a Japanese firm, for a US$20 billion cash infusion that will let it expand its LTE network quickly.

SoftBank, based in Tokyo, has 23,000 employees worldwide. It was the first Japanese company to sell iPhones, and it’s a leader in Japanese 4G. SoftBank has both the sense and the cents to roll out a comprehensive US network, quickly, if they can piggyback on Sprint’s current network.

4G phones are here in Phuket. The iPhone 5, currently taking the world by storm, runs 4G/LTE, as do the new iPad mini and “Retina” iPad 4. The Samsung Galaxy S III and Note II both support LTE, as does the Tab 8.9. The HTC EVO 4G, too. Even Windows phones – the Lumia 920, HTC 8X and Titan II – run 4G. It won’t be long at all before every major phone and tablet supports LTE, and consumers will be clamoring. Within two years, I’d bet a very large percentage of phones, tablets and laptop computers sold in Thailand will support 4G. Where will the service come from?

I vividly recall the early days of 3G, before any 3G signals were available in Phuket. People who should know better would actually say to me, with a straight face, that their phones ran 3G. How did they know? “The phone says ‘3G’ right here on the cover, Woody, and the salesman said it was running 3G.” Never mind the fact that Phuket had 3G phones for a full year before the first 3G signal arrived.

It’ll happen again. It probably is happening right now, in fact, with the iPhone 5 set to officially launch in Thailand this week.

How will 4G arrive in Thailand?

Excellent question. This is where it gets complicated, so strap on your hip waders.

As noted last week, The Nation quoted Jesada Sivaraks, secretary to the NBTC vice chairman, as saying the price received for the 2.1 GHz 3G channels will be used as a basis for setting the reserve price “for a 1.8 GHz spectrum sale in the near future; the reserve price for 1.8 GHz slots earmarked for 4G are expected to be higher than in the 2.1 GHz sale.” If the report is true, it means the government is already planning a 4G auction “in the near future” and the auction will cover channels around 1.8 GHz.

Unfortunately, CAT already has channels allocated near 1.8 GHz, and it’s very unlikely they’ll give them up without a fight that’d put Hulk Hogan to shame. While those channels are currently being used for ancient 2G cell phone service, there doesn’t appear to be anything in the original concession that prevents CAT from running 4G on the same channels. (Remember that the concession contracts were written long, long before the term “2G” even existed.)

The reality is a little more complicated because CAT supposedly loses its hold on the 1.8 GHz channels after old agreements with True and AIS expire, but you can expect the lawyers are sharpening their quills already.

TOT has a 4G pilot program underway in Bangkok. Like CAT, TOT operates under the old concession agreements, which are completely silent on the question as to whether TOT can run 4G technology over long-established channels. In this case, TOT is pilot testing LTE/4G technology at 2.3 GHz, using channels that were originally earmarked for “public telephone service in remote areas.” I haven’t heard from anyone involved in the tests, but will be sure to tell you as soon as I have some hard statistics.

Astoundingly, The Nation reported last week that TOT is looking to join forces with SoftBank to bring 4G to Thailand. Yes, the same SoftBank that’s buying Sprint. SoftBank has reportedly confirmed that it’s looking into the possibility.

But don’t rule out some other approaches. You may recall that AIS paid a small (8%) premium to secure three specific 3G channels, in the 3G Auction last month. Analysts are now speculating that AIS bought those channels because they sit right next to channels being run by TOT. If the 4G auctions are delayed, the speculation goes, AIS may team up with TOT to offer combined 3G and 4G service on channels that are right next to each other, near 2.1 GHz.

The game is afoot. Everybody’s hedging their bets. Hundreds of billions of baht hang in the balance.

Perhaps we’re a small step closer to seeing more competition in internet service – a possibility that bodes well for everyone in Thailand.