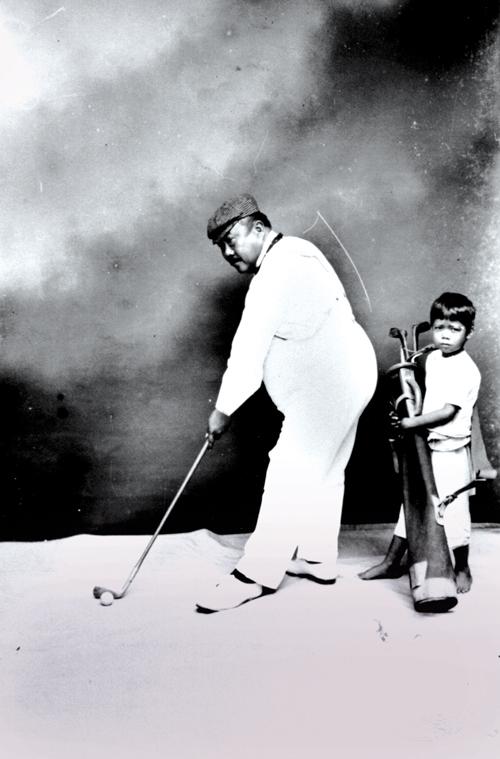 PHUKET: One of the most famous historical figures in the history of Phuket and this region, is the late Khaw Sim Bee Na Ranong, better known on Phuket as Praya Rassada. He was the high commissioner of Phuket and the Southwestern region of Siam from 1900 to 1913. He was assassinated 100 years ago in May, 1913.

To commemorate his death, a regional historical symposium and business forum was recently held in Penang. The event was entitled ‘Khaw Sim Bee Na Ranong and shared history of Malaysia – Thailand relations’.

The event was held at Penang’s famous old Eastern and Oriental Hotel and was organized by the Penang Heritage Trust in conjunction with The Thailand-Malaysia Business Forum. The Phuket Governor and several other Governors from Thailand’s southwestern provinces attended.

Speakers at the event included the current Thai Deputy Prime Minister Kittirat Na Ranong; the Thai Ambassador to Malaysia, His Excellency, Krit Kaichitti; the president of the Penang Heritage Trust, Ms Khoo Salma Nausition, as well as several professors, writers and family members of the Sultan of Keddah, and of the Khaw and Na Ranong families, from both Malaysia and Thailand.

The speaker representing Phuket was Mr Colin Mackay, the author of the recently published book A History of Phuket and the Surrounding Region.

The large and influential Khaw (in Malaysia) or Na Ranong Family (in Thailand) are the descendants of Khaw Soo Cheang, a poor Hokkien Chinese emigrant from Fujian province China, who arrived in the new British free port of Penang in 1822. Around 1824 he moved north to settle in Phang Nga and then Ranong, which was then a backward but developing frontier mining region.

He married a local Siamese girl and became a successful mine owner, and in 1854 he was appointed governor of Ranong province and given the princely title of Phraya Na Ranong (Baron of Ranong) by the Siamese King. He proved himself to be an able and efficient governor, building new roads, a courthouse and jail, creating fairer mining laws, and more importantly, paying his taxes to Bangkok on time.

He judiciously arranged marriages between his many offspring from his several wives, both Siamese and Chinese, into the other influential political and business families in the region at the time, such as the Hokkien Tan Clan families in Phuket who controlled much of the region’s tin mines, and other wealthy Hokkien business families in Penang. He also had a child married into the powerful, Persian-rooted Bunnang family in Bangkok, who at the time ran the government department for Southern Siam.

The most remarkable son was his youngest – Khaw Sim Bee, whose efficient governorship of Lang Suan, near Chumporn garnered him a promotion to become the governor of the more important Trang province. In Trang, he did a good job at developing the province, building infrastructure and controlling the previously rampant banditry, as well as bringing the first rubber trees into Siam.

In 1900, Bangkok created Monthon Phuket (or greater Phuket county) this was a new super-province which incorporated all the surrounding southwestern Siamese provinces from Trang to Ranong into one big province under the administration of Phuket. Khaw Sim Bee was appointed the high commissioner of the whole tin-rich region south west of Siam and himself given the lordly title of Praya Rassada.

Although he was a short stumpy man standing just 1.7 meters tall, he was of strong character, entrepreneurial, clever and powerful. Under him the Na Ranong family, in cahoots with the local Tan family bosses on Phuket were able to dominate and monopolize the most lucrative businesses in Phuket at the time, namely: Opium, tin smelting, shipping, tin mining, logging, property and insurance.

Praya Rassada worked hard to improve and beautify Phuket Town, which until then was a squalid, ramshackle frontier mining Town. Phuket town itself was laid out along Thalang road and at a ‘T’ angle along what was then the river front of Klong Bang Yai.

He oversaw the construction of many of the fine old buildings in the government quarter of Rassada, such as the Sala Klang the provincial seat of government, the governor’s house, the new court house and jail. He and other rich local Hokkiens in Phuket used mainly Penang-based architects to develop many of the fancy shop houses and some of the fine mansions in old Phuket Town, in a style similar to that of George Town on Penang island.

He introduced the first hospitals, schools, a cinema, an ice house and banking to the island. This was often done by forcing foreign companies who wanted mining concessions on the island to contribute towards the development of the Phuket Town as a condition of getting any business concession.

Praya Rassada and the Khaw family also started Tongkah Harbor Mining Co Ltd, and brought the first great steam dredgers to the island in 1907. Tongkah Harbor is still listed on the Thai and Malaysian stock exchanges today. Praya Rassada was a keen golfer, and even developed the island’s first golf course in what is now Surin Beach Park in 1912.

His rule and business control over the island and the region was, however, quite autocratic, monopolistic and at times corrupt. Indeed, his attempts to keep the encroaching foreign companies out of his family’s and associate’s sphere of influence in Phuket, almost caused the irritated British to invade and colonize Phuket to remove him in order to help open up and liberalize trade in the region.

In 1913 Praya Rassada was shot with a pistol at close range in a crowd on Trang pier by the local hospital dresser, who believed that he (Praya Rassada) was having an affair with his (the hospital dresser’s) younger and apparently most attractive wife. After the attack the seriously wounded Praya Rassada was taken on his private steam ship to the best hospital in Penang, where he and the other Khaw family members also kept their main houses, but he never recovered from the wound and died in May, 1913.

In the 19th century, wealthy men could take several wives as did Praya Rassada. The wealthy members of the Na Ranong or Khaw family have since intermarried and interbred and have now spread all over the region (and indeed the world) over the last 150 years. They have remained strongest in their main bases of Penang, Phuket and Ranong where the huge family grave can be seen beside the road to the Casino pier.

Today, family members such as Kittirat Na Ranong, who is the current Deputy Prime Minister and Finance Minister of Thailand, are evidence of the continued strength and influence of the family in the region, both in Thailand and Malaysia. So it was fitting that the 100th anniversary of Khaw Sim Bee’s death was used to both promote this symposium to advance historical knowledge in the region and further business ties between these two historically closely linked islands of Penang and Phuket.

A copy of Colin Mackays book ‘A History of Phuket and the Surrounding Region’ is available from the Phuket Gazette offices or any Seng Ho bookstore (click here for map).

Phuket Gardening: “B’ is for bloomin’ beauties