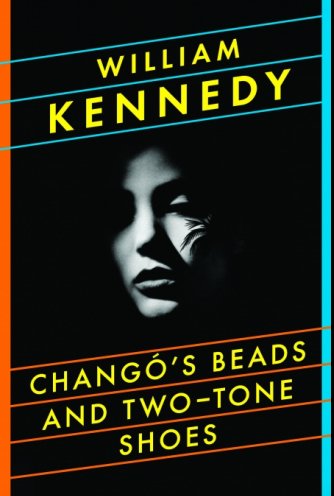 PHUKET: William Faulkner’s novels take place in Yoknapatawpha County in Mississippi. William Kennedy’s novels take place in Albany, New York. His Albany Cycle of eight novels include two of the very best in American literature: Billy Phelan’s Greatest Game (1978) and Ironweed (1983) which was made into a movie for which both Jack Nicholson and Meryl Streep received Oscar nominations.

A recurring character in these novels is the newspaperman Daniel Quinn, William Kennedy’s alter ego. In his youth Kennedy had worked for a newspaper in Puerto Rico with a young man named Hunter Thompson and later covered the Castro revolution in Cuba. He eventually settled back in Albany where he found fertile ground for newspaper exposés about the colorfully corrupt Irish-American political machine.

The novel then jumps to 1957 in Havana when the reporter Daniel Quinn is pushing 30 and screws up the courage to approach Ernest Hemingway at the Floridita bar. In comes Renata Suarez Otero, young, beautiful and rich, a student revolutionary against the Batista dictatorship. She is escorted by her brother in law, a shady newspaper publisher. He promptly gives Quinn a job. Quinn is infatuated by Renata whose boyfriend is soon killed in an assault on Batista’s palace. Quinn joins her in flight to the jungle, to secret Santaria rites and a meeting with Fidel Castro.

Hemingway is well drawn. Of him, Quinn writes: “Since he moved to the Finca in 1939 it had become a place where the grand and the great among writers, generals, movie stars, journalists, baseball players, sailors, drinkers, and women queued on the front steps to talk, swim, party, flirt with or just shimmer in the waves of mythic glow that emanated from this maestro of the word, the hunt, the deep sea, the saloon, the bull-ring, the wars, the self.”

Unfortunately, many of the Cuban characters speak in a form of bad Hemingway, including Fidel Castro. This section ends with the return of Quinn from his Castro interview and the mysterious disappearance of Renata.

Now the action moves 11 years into the future, 1968, on the day after Robert Kennedy has been shot. Quinn is working for an Albany newspaper and rather prosaically is married to Renata. We learn that she had been saved from a Cuban torture chamber by the rather improbable intercession of the voodoo Santaria god Changó. Meanwhile, the streets of Albany’s black neighborhood threaten to explode into riots at the death of Bobby Kennedy.

Much of this section is told through the comical misadventures of Quinn’s father George who wanders the streets in a fog of forgetful dementia. There is a wide cast of noble black characters who are fighting a corrupt City Hall and the battle lines are drawn starkly with Quinn and radical Dominican priest Matt Daugherty on the side of righteous community activists. They all rendezvous at a table for the last concert of jazz pianist Cody Mason. And here Kennedy kicks out the lyrical jams:

“There was a beauty in his ease, his sureness, no clunked notes tonight, and he switches keys and ups the tempo, just a little, and ba-boom goes that left hand, the power of it, he’s on a ride, six choruses and counting, feel that beat, beat, beat, that goddamn beat, this is stride on high, stride the way it’s supposed to be, brilliant invention, the poor guy can’t help himself, smothering the song with his gift, exploding it, and Quinn’s pulse is up and cantering, those left-handed arpeggios, the glissando that surprises and he notches the speed upward . . .”

The novel takes Quinn from childhood to young manhood to the cusp of middle age and all the while he is faithful to his better nature and the strivings of the people around him for dignity and freedom. Though the cartoon colors are often too garish, the narrative plunges on towards resolution, much as Cody Mason’s last song.

The book is available by request through all good bookshops in Phuket or online at Amazon.com.