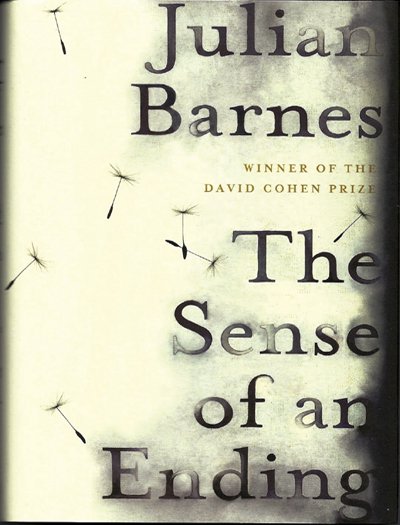 PHUKET: The Man Booker Prize is a big thing for the Brits. The Americans used to have the Pulitzer Prize for Fiction till that turned insufferably stodgy and was eclipsed by the National Book Award. But it still does not compare to the Man Booker.

A great deal of fanfare goes into announcing the long list of candidates, then the short list, then the winner itself. There’s also the prize money of 50,000 pounds (1.5mn Thai baht), a boon to many an impoverished novelist.

The prize will also make your name for life. I’ve read half the 44 prize-winning novels and all but a few deserved it.

I’m no authority on Julian Barnes. Previously I’d only read one of his 13 works of fiction. Barnes was shortlisted three times but failed to win.

A contemporary of previous winners Martin Amis and Ian McEwan, perhaps he became a sentimental favorite the fourth time around for his slight novella.

The tale revolves around an epistemological question: how do I know what I know? How can I trust my memory, especially if there are no documents to support it? The text is liberally peppered with related questions and this becomes tiresome. The narrator disputes the idea that memory equals events plus time:

“But it’s all much odder than that. Who was it that said that memory is what we thought we’d forgotten? And it ought to be obvious to us that time doesn’t act like a fixative, rather as a solvent. But it’s not convenient – it’s not useful – to believe this; it doesn’t help to get on with our lives; so we ignore it.”

The story is a common enough one for the author’s generation and starts in a secondary school in London in the early 1960s. The narrator, Tony Webster, and his two friends Alex and Colin, yearn to escape their grubby middle class lives for the real, true, important things that:

The trio are joined by a fourth, a newcomer named Adrian Finn who greatly outshines them.

He leaves his history teacher dumbfounded by observing, “History is that certainty produced at the point where the imperfections of memory meet the inadequacies of documentation.”

At Bristol College, Tony has his heart broken by his first love Veronica Ford who is ambitious and conniving enough to leave him for Adrian Finn who has won a scholarship to Cambridge.

After graduation, he goes off to the US to wander about for six months on his first real adventure and his second romance with an American girl named Annie.

Then, he decides to return to England and lead an absolutely normal life: job, marriage, daughter, divorce and retirement into weary and whimsical reflections like this nugget:

“Just as all political and historical change sooner or later disappoints, so does adulthood. So does life.

“Sometimes I think the purpose of life is to reconcile us to its eventual loss by wearing us down, by proving, however long it takes, that life isn’t all it’s cracked up to be.”

The only drama after his return from America is that he learns that Adrian Finn has committed suicide. Thus ends part one and you think: This won the Man Booker Prize?

There are surprises in part two. Tony receives a 500 pound inheritance from Sarah Ford, Veronica’s mother, whom he only met once at their stifling home in Kent. She also leaves him Adrian Finn’s diary, but Veronica has stolen it, so Tony must track down his old love and unravel the mystery of Adrian’s history that ended in suicide.

More surprises are in store. So the shock of his life in the end springs from the dead horse that Tony has a history of beating. But the novella still doesn’t deserve the Man Booker.