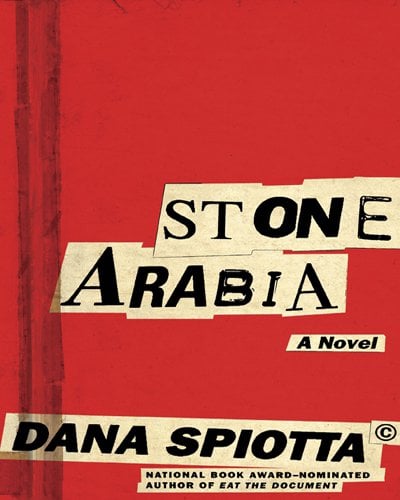 PHUKET: In my recent review of Jennifer Egan’s A Visit from the Goon Squad, I lamented the dearth of novels about rock musicians.

Now along comes the even more recent Stone Arabia (Scribner, New York, 230pp, 2011) by Dana Spiotta. But this is in a every way an inferior book: both shorter and more conventional.

Egan tackled plot – time and space itself – with fearless elan, shoving a wide array of characters into the center stage of narration.

Spiotta plods along in a tedious chronological first-person tale of a little sister’s obsession with her big brother the rock star.

The novel opens in 1964 Los Angeles where Nik Kranis and his little sister Denise live with their single mother in a dumpy stucco bungalow two blocks from the Hollywood Freeway.

It’s Nik’s tenth birthday and he goes with Denise to see the Beatles’ movie A Hard Day’s Night.

“Denise remembered how everything about it thrilled them – the music, of course, but also the fast cuts, the deadpan wit, the mod style, the amused asides right into the camera. The songs actually made them feel high.”

They return home for the birthday party to find their estranged father waiting with a present: an elaborately inlaid acoustic guitar. Nik’s fate is sealed.

They move into the late 1970s Los Angeles rock scene. Nik goes through a succession of bands; sticking with one, the Fakes, for commercial reasons, and another, The Demonics, for artistic.

Denise gets pregnant with a pretty boy singer named Chris. His history encapsulates the era:

“When I first met him, Chris played bass in an eyeliner band called Ether. (Later they moved from New Romantic/new wave to a more death/Gothic style and changed their name to the Select and then, after Chris left, to the Crown of Thorns. After that they moved beyond death/Goth to light/bright wave and then to Romanesque edge metal and changed the name to Leviathan until they finally broke up or faded out or quietly kept going in someone’s garage.). They were not good.”

The union, however, produced a perfect child, Ada, now a film student at NYU in New York. Denise is 47 now; Nik is turning 50. Denise plods along at a boring office job, Nik, after a brush of fame, works as a bartender while compulsively laying down solo tracks for a ten-album series and writing The Chronicles, the not very interesting story of his daily life. He drinks too much, smokes too much and has a lot of girlfriends. Denise keeps him going with periodic loans.

Despite all the music and scribbling, Nik remains something of a cipher and the reader just can’t bring himself to share Denise’s obsession with him.

This static situation only attains a ripple of interest when Ada decides to fly to Los Angeles to make a documentary about her once-famous uncle, now an eccentric recluse.

Much of this tale is told in interview tapes, tweets, e-mails, YouTube bits and snatches of Google for background. On a transcript Denise explains to her daughter Nik’s popularity:

“Anyhow, Nik invented the Fakes as the antidote to the darkness and oddness of The Demonics – the Fakes were a side band designed to play power pop and have fun.

“They came right at the moment when the nihilism of the punk scene had run its course and people were hungry for some simple rock pop, some harmonies, with a danceable beat as long as the band looked New and Cool. People could dance to the Fakes, and they became much more popular than the unclassifiable Demonics. Nik did it as a kind of lark. He did it as a kind of calculation.”

His latest calculation as he nears the end of his solo album series and approaches his fiftieth birthday is: will he commit suicide? I wish I could say I cared.

Bits of Ada’s documentary are a huge hit on YouTube. Denise revisits the old homestead off the Hollywood Freeway and manages to wring a bit of pathos through memories of her teenage days. Still, it’s a cheap piece of nostalgia. The whole book is.

Phuket gardening: What’s in a name?