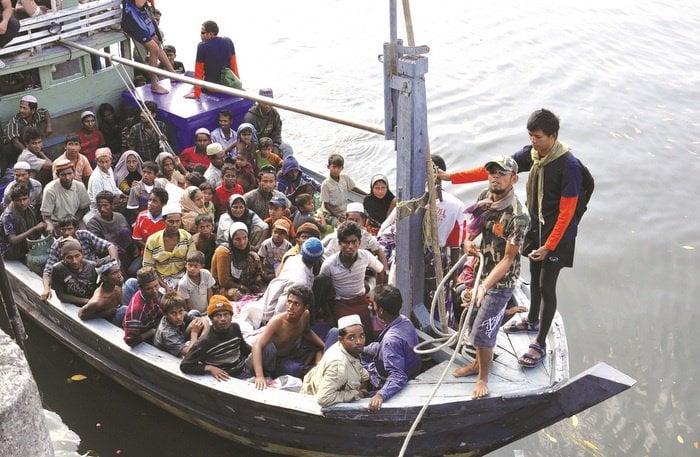 PHUKET: Let’s pick up the story of the Rohingya were we left off last month

In year 1826, the British invaded and took control of Arakan after the first Anglo-Burmese War. By this time the Arakan region, plagued by war, was critically depopulated. Farms had been left untended for many years. The British encouraged native Bengali farmers as well as Rohingyas who lived in Bengal to move to the depopulated areas of Arakan.

Once again, a sudden influx of Muslim immigrants from British India began to settle in Arakan. This time however, it sparked a strong reaction from the mostly Buddhist Rakhine people of Arakan.

When the Second World War broke out, Britain abandoned Arakan, along with the rest of Burma after the Japanese began invading South-East Asia. In the chaos that followed, both Muslims and Buddhists in Arakan began attacking and massacring one another. As a result of the ethnic violence, Muslims fled to the north of the state where they were the majority. Rakhine Buddhists fled south. The effect was a further segregation of the population of Rakhine state.

Shortly after the Second World War, the British granted Burma its independence. Not long after, a Rakhine Muslim rebellion erupted. The rebels initially looked to annex northern Rakhine State to East Pakistan (now Bangladesh) but this was rejected by Pakistan. The Rakhine Muslims therefore increased their call for an autonomous region, free from what they saw as discrimination by Buddhist Burmese officials.

The Rakhine Muslims’ call for an autonomous region was silenced after the military coup of 1962 in Burma. The military government in Burma looked upon ethnic minority groups with suspicion. New policies effectively denied citizenship status to Rakhine Muslims.

Ethnic tensions continue to flare to this day. In 2001, riots between Rakhine Buddhists and Muslims broke out in the state capital of Sittwe, with all started by an argument between a group of young monks and a Muslim stallholder.

An event that should have just remained a petty disagreement erupted into a night of violence in which up to 20 people were killed and several homes and shops torched. Today many Muslim Rohingyas of Rakhine State continue to flee persecution in their homeland. Stateless, they are often not accepted as citizens by either Myanmar or Bangladesh. Many have fled on overcrowded boats in the hopes of finding refuge in Malaysia, Thailand or even Australia, yet few governments have accepted them.