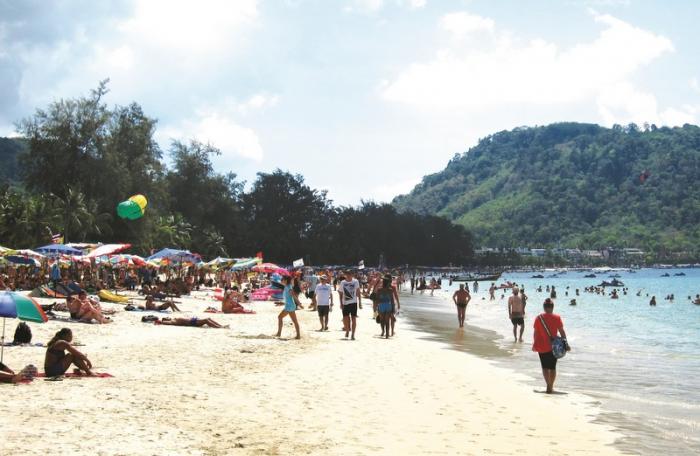 PHUKET: I recently drove along Rawai Beach Road, and counted the number of speedboats hoovering up passengers for island day-trips to Ko Phi Phi and Racha. There were 27, mostly belonging to one company. Later that day, I took the ravishingly beautiful route round Prompthep Cape, down the twisting road to Nai Harn beach and on to secluded Ao Sane cove. Secluded? Or so I had always thought. In fact, numerous vehicles make the hazardous trip along the narrow headland road, and the steep slope directly behind the shore has been bulldozed to create an artificial sandy beach, now crammed with sunbeds. I counted 62. What a transformation.

“So what?” you may snort. “It’s high season. And these are holiday venues worth visiting”. True and true again. But my point is this. A great deal has been written about the need to preserve the island’s unique natural heritage. Often such outpourings have come after shocking incidents at sea – the discovery of a mangled porpoise or an amputee turtle; worse, the demise of a rare dugong, or most recently a human snorkeler. Sometimes, nylon nets are the culprits, but all too often mutilation or death is caused by the propeller of a recklessly driven speedboat. They are not called “speedboats” for nothing.

And even when the outboards are turned off, these people-carriers still wreak havoc with the marine environment. On the afflicted coral reefs of Racha, you can see the gouging effect of anchors carelessly tossed among the delicate coral; the walkways cut through the reefs, and the impact of trampling feet as passengers wade ashore.

Talking of motorized water transport, there was a powerful lobby intent on banishing jet-skis from Phuket, after so many unsavory incidents involving collisions and injuries, or extortion scams for “damaged” equipment. Yet at this very moment, Patong has jet skis galore, hurtling around the bay, or lined up for the next unsuspecting customer. Another accident waiting to happen?

On the other hand, there has, to my knowledge, never been any systematic attempt, either to enforce existing power boat regulations, or better to re-write the book and make the rules stricter. Surely it’s time for draconian measures, if only to regulate proliferating numbers at pick-up points such as Chalong and Rawai, and to control precisely where they can go and drop anchor and at what speed.

As for the seaside issue, we understood that Phuket’s beaches were to be returned to their former pristine glory. In fairness, this has happened at many venues, where 10 per cent zones for umbrella vendors have been established. Nai Harn no longer has encroaching restaurants among the casuarina groves, and its beach is free of hired sun-loungers. Despite a partial December reprieve, prompt action has been taken at Surin Beach to remove illegal structures such as restaurants and nightclubs.

Even better, Freedom, Nui and Lay Pang beaches are to be declared “virgin” areas with no commercial clutter at all. Returned to the people, the notion of the “private beach” has apparently all but vanished. Life guards have returned with a startling drop in sea-side drownings. Better still, some beaches have better rubbish disposal facilities, even if public showers and toilets still seem some way off.

And yet… Why is Ao Sane apparently immune to such strictures?

Where’s the new generation of sailors?