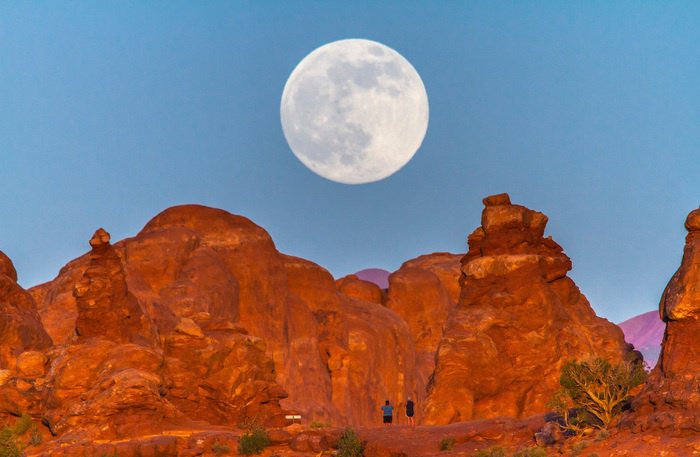 PHUKET: The super moon on Monday night is expected to draw out blues, jazz and rock lunatics for a night of music, drinks and soul food at Bliss Beach Club.

The Super Blues Event will run from from 7pm to midnight, with Black & Blue, Pjae Stanley, K PJ and Bobby Blues all gracing the stage for the Rotary Club of Patong Beach (RcoPB) gala evening ‘Fun-Raiser’.

“It’s a Super Moon Super Blues event as this is the single day of the year that the moon is
largest and closest to the planet. The finest blues artists in Southeast Asia are charitably getting together to put on some great shows,” Otho Beale ‘OB’ Wetzel III told the Phuket Gazette.

“We call it a fun-raiser because by having a great time eating superb food and drink while
listening to great music we’re also – all the while – helping needy local children to get much-needed
food, school supplies, polio vaccinations or whatever.”

Chef Garfield of Bliss and an expected four other Phuket chefs will be conjuring up their best renditions of United States soul food, while sneaking in some proper southern dishes and even a little Cajun love. There will be a total of six pop-up tents along the beach ensuring all guests easy access to food and booze.

“We play some blues, most of it up beat. There will be soul, such as Ray Charles and Etta James, rock and reggae, from Steely Dan to Bob Marley and the Rolling Stones to BB King,” Peter Jensen of Black & Blue said. “We play the songs we like. We know that if we like them, then most of the crowd does too – we stay away from the Top 40 stuff, just old classics.”

Funds raised through ticket sales, 2,000 baht if purchased in advance and 2,500 baht at the door, will be used by RoCPB for the benefit of local children, assures Mr Wetzel.

“It’s a Rotary event and, as such, we don’t give away cash. We give goods. When we see a
child who maybe needs medicine or school books or uniforms or lunch or a chalk board,
that’s what we give them. The charity funds being raised are helping support schools and
kids who may otherwise have been forgotten by government funding. These are ad hoc schools
at work camps or orphanages,” Mr Wetzel says.

“RCoPB ferrets out the special needs of kids in the regions and always responds to the needs with foodstuff or necessary goods or clean water or medicine. The whole effort is ‘feelgood’ for Rotarians and those charitable souls who help out.”

As with all RoCPB charity work, every baht goes directly to those in need; there are no administrative or handling fees.

Also to raise money, there will be a number of high-end items up for auction during the event: there is an original Ray Charles vinyl, a tennis ball signed by Roger Federer and a two-day trip to the wine country in Australia – room, board and Ferrari provided. Even Black & Blue is going up for auction, allowing those who are loving the show to take the entire band to their own home for three sets at a private party.

So, be a lunatic, grab your credit card, cash and checkbook for an extraordinary night of dancing, drinking and eating at Bliss Beach Club – and if you can’t have a fun-filled night for yourself, do it
for the children.

Up in the air: Nok Air plans big push in Phuket

On Deck: Multihulls here, there, everywhere